Al-Mutanabi, mythical street of booksellers in Baghdad, offers a facelift 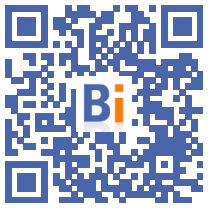 With fireworks and a music concert, al-Mutanabi street, famous in Baghdad for its booksellers, was inaugurated on Saturday December 25 after works that allowed the mythical artery of the Iraqi capital to regain some of its luster. of yesteryear.

Inaugurated in 1932 by King Faisal I, Al-Mutanabi Street was named after the famous poet Aboul Taïeb al-Mutanabi (915-965), born under the Abbasid Empire in what was to become Iraq. 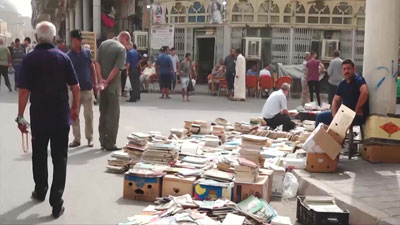 It is traditionally very busy on Fridays by students and groups of young people, but also not by artists and intellectuals of the older generation.

On Saturday, December 25, to celebrate the end of the works launched in August and financed in particular by private sector banks, the town hall of Baghdad organized a carnival under high security, the participants entering drop by drop.

"Since the XNUMXs, I've been here every week, looking at the books on the stalls on the ground, meeting friends," Zoheir al-Jazairi, a writer and former journalist who is full of praise for the subject, told AFP. of renovation.

Fairy lights decorated the brick facades and wrought iron balconies cleaned, noted an AFP journalist. Visitors strolled phone in hand in the freshly paved street where almost all the shops were closed.

"It's an island of beauty in the heart of Baghdad. We become aware of the difference with the rest of the city", laments Mr. Jazairi in a capital where heritage is often neglected.

Less than a kilometer long, the street leads on one side to the Tigris River, watched over by a tall statue of the poet, and ends on the other in an arch decorated with one of Moutanabi's quotations.

The visitor can usually find the latest American bestsellers in Arabic alongside university textbooks. There are books in French, English, German and by searching, you can come across nuggets.

But this Iraq of the books has not always been sheltered from tragic reality. Like March 5, 2007, when a suicide bomber detonated a truck bomb in the street, killing 30 people and injuring 60.

Mohamed Adnan, 28, took over the bookstore from his father, who died in the attack.

"He was killed, our neighbors too and several of those who are dear to us", confides this graduate in history, happy however with the restoration.

"I wish those who left were alive to see how the street has changed," he adds as a singer hums traditional ballads on the banks of the river under the fireworks.