Most renewables more affordable than the cheapest fossil fuels 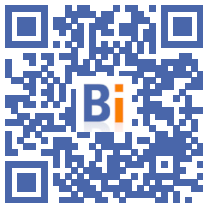 A new report, confirming that renewable energies could allow emerging countries to achieve savings of 156 billion USD, encourages them to abandon the coal sector.

According to a new report from the International Renewable Energy Agency (IRENA), the share of renewables that cost less than the most competitive fossil fuel option doubled in 2020. The cost of 62 % of all renewable energy production added last year - 162 gigawatts (GW) - was lower than that of the cheapest new fossil fuel-based plants.

The Cost of Renewable Energy Production in 2020 report shows that the cost of renewable technologies has continued to drop significantly year on year. Concentrated solar thermal (CSP) fell by 16%, onshore wind by 13%, offshore wind by 9% and solar photovoltaic by 7%. These cost levels also make renewables increasingly competitive with existing coal-fired power plants. In the context of a net zero emission economy strategy, the profitability of low-cost renewable energies offers developed and developing countries a strong argument in favor of abandoning the coal industry. The new renewable energy projects added in 2020 will allow emerging countries to save up to 156 billion USD over their entire lifespan. 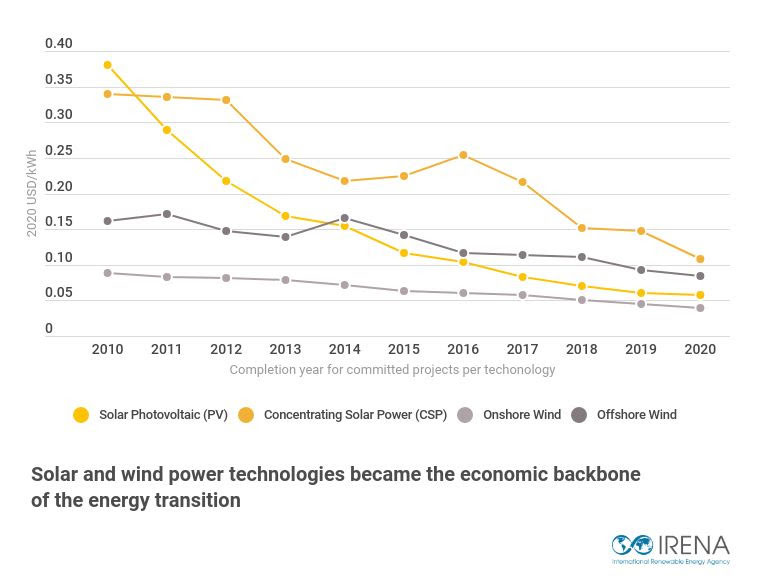 "Today, renewable energies are the cheapest source of electricity", said IRENA Director General Francesco La Camera. “Renewable energies offer the countries concerned the possibility of gradually escaping their dependence on coal thanks to an economically attractive solution ensuring that they can meet the growing energy demand without giving up on reducing costs, creating jobs, stimulating growth and achieve their climate goals. I am pleased to see that more and more countries are choosing to introduce renewable energy into their economies, and are following IRENA's path to achieve the goal of net zero emissions by 2050. ”

"We are already well past the inflection point for coal", added Mr. La Camera. “After the recent G7 commitment to achieve net zero emissions and end global coal financing abroad, it is now up to the G20 and emerging economies to implement these measures. We cannot afford a two-speed energy transition, in which some countries quickly go green while others remain trapped in the old fossil fuel-based system. In this sense, global solidarity has an essential role to play, both in terms of the dissemination of technology as well as financial strategies and investment support. We must ensure that in the energy transition, no one is left behind. "

Renewable energy projects added last year will reduce electricity sector costs by at least USD 6 billion per year in emerging countries, compared to fossil fuels at an equivalent level of production. Two-thirds of these savings will come from onshore wind, and to a lesser extent from hydropower and solar photovoltaic. In addition to this cost reduction, there are economic benefits and reduced carbon emissions. The roughly 534 GW of renewable capacity added in emerging countries since 2010 at lower costs than the cheapest coal option reduces electricity costs by around $ 32 billion annually.

Over the period 2010-2020, there has been a dramatic improvement in the competitiveness of solar and wind technologies, as CSP, offshore wind and solar PV have all joined onshore wind in the new cost bracket. fossil fuel-based capacities, which offer an increasingly less attractive solution. In the space of ten years, the cost of electricity has fallen by 85% for industrial-scale photovoltaic solar power, 68% for concentrated solar thermal (CSP), 56% for onshore wind and 48% for offshore wind. With record auction prices of $ 1,1-0,03 / kWh today, the price of solar PV and onshore wind is continually lower than the cheaper new coal options without any support. financial.

The IRENA report also shows that new renewable energies are also more efficient than existing coal plants in terms of operating costs, and make electricity from coal less and less attractive. In the United States, for example, 149 GW or 61% of total coal-based generation capacity costs more than new renewable capacity. Removing and replacing these plants with renewables would cut expenses by $ 5,6 billion per year and save 332 million tonnes of CO2, thereby reducing carbon emissions in the United States by a third. In India, 141 GW of installed coal-fired capacity is more expensive than new renewable capacity. In Germany, no existing coal-fired power plant has lower operating costs than a new generation facility based on solar PV or onshore wind.

Globally, over 800 GW of all existing coal-fired power plants costs more than new solar PV or onshore wind projects commissioned in 2021. Dismantling these plants could result in lower generation costs. of electricity by 32,3 billion USD per year and avoid the emission of around 3 Gt of CO2 per year, i.e. 9% of global energy-related CO2 emissions in 2020 or the equivalent of 20% of reduction needed by 2030 to limit the temperature increase to 1,5 ° C along the path described in IRENA's Perspectives for Global Energy Transitions.

The outlook to 2022 foresees a further decline in global renewable energy costs, with onshore wind becoming 20-27% cheaper than the most profitable new coal-fired option. 74% of all new solar PV projects commissioned over the next two years, which have been tendered or auctioned, will have a lower hammer price than new plants in the coal. This trend confirms that low-cost renewables are not only the backbone of the power system, but will also enable the electrification of end-uses such as transportation, buildings and industry, and will lead the way. towards an indirect competitive electrification thanks to renewable hydrogen.