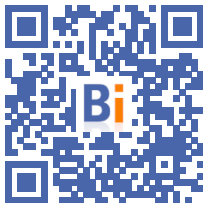 The average interest rate on mortgage loans in France, already at a very low level, stood at 1,05% in July, according to the Credit Logement / CSA observatory dashboard published on Tuesday.

"Despite the resumption of inflation and the rise in the risk of default by some of the borrowers, banks are still improving the conditions of loans granted to support the demand for credit from individuals", notes this benchmark study by sector.

Since the start of the year, loan rates have fallen regardless of their duration. In July, they were on average 0,87% over 15 years (although up slightly from the second quarter average), 0,98% over 20 years and 1,18% over 25 years.

At the end of July, the average loan term stood at 236 months, or a little over 19 and a half years, remaining at "a level rarely observed". It has increased by 7 months since December.

"The average duration which increased from the beginning of summer 2020 makes it possible to absorb the consequences of the rise in housing prices", estimates the observatory.

Moreover, the study underlines a clear slowdown in the granting of loans in July "after several months of rapid growth in activity".