Mortgage rates at the lowest ever 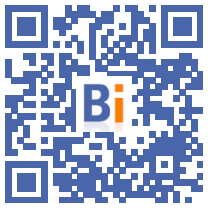 The average interest rate on mortgage loans in France stood at 1,06% in the second quarter of 2021, a level that has never been so low, according to the benchmark quarterly study published on Tuesday.

The average rate has "stabilized at a particularly low level never observed until then", indicates the Crédit Logement / CSA observatory, which associates the main French banking establishments with a market research institute.

The level of personal contribution rises "more and more quickly", assures Crédit Logement, and concerns all categories of borrowers, whatever the level of their income.

The average duration of loans granted was 234 months, or 19 and a half years, in the second quarter of 2021. It increased from the start of summer 2020, making it possible "to absorb the consequences of the rise in house prices. which strengthens over the months, "said the press release.

The number of loans increased by 39,1% in the second quarter, compared to "an equivalent period which in 2020 had suffered the full brunt of the shock of the first confinement", nuance the Observatory.

In March, demand recovered markedly "thanks to a remarkable improvement in credit conditions", but without returning to the level of 2019. In the second quarter, the number of loans was still 12% lower than the equivalent period in 2019.