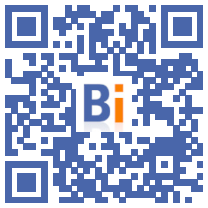 The French authorities announced on Tuesday the publication "during the summer" of new binding standards for banks concerning the conditions for granting real estate loans, for which in particular the debt ratio will no longer have to exceed 35% of income. .

At the end of January, the High Council of Financial Stability (HCSF), which associates among others the Ministry of the Economy and the Bank of France, had already "recommended" to the banks to limit the maximum rate of indebtedness of the borrowers to 35% of the loans. income (insurance included) compared to 33% previously, while allowing them to spread, under certain conditions, the maximum period of indebtedness up to 27 years compared to 25 years previously.

In addition, this recommendation allowed banking establishments to derogate from these rules on a part of their credit production of up to 20%.

As it had already announced a few months earlier, the High Council now intends to "translate this recommendation into a legally binding standard during the summer, after publication of a report on the application of the recommendation", a- he said Tuesday in a press release.

In the event of non-compliance with these standards, banking establishments will be liable to sanctions.

At the same time, "the proportion of loans with high effort rates or long maturities has fallen significantly. As expected, credit institutions' granting practices converge towards the criteria of the recommendation of January 27, 2021, without that the access of households to mortgage is affected ", he adds.

More generally, the Haut Cnseil also carried out a review of the risks and vulnerabilities affecting the French financial sector as a whole.

"He judges that if the risks to financial stability remain at a high level, the outlook has improved since its March meeting" and "the financial situation of French companies has, again globally, been less affected than the drop in l 'activity could not let him fear, "he explains.

However, the authorities have decided not to raise the regulatory capital requirements imposed on banks and do not anticipate changes in this area "before the end of 2022 at the earliest".