Only a few days left before the end of the DIF transfer, "billions" lost for training 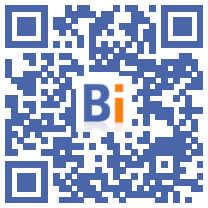 Employees in the private sector only have two weeks to transfer the rights they acquired from 2008 to 2014 under the individual right to training (DIF) to their personal training account (CPF), and millions of between them are preparing to lose them for lack of having done so.

Until 2014, full-time employees were credited with 20 hours of training per year. In 2015, the CPF took over from the DIF, and it is now supplied to the tune of 500 euros per year. The deadline for transferring DIF hours to the CPF (one hour equivalent to 15 euros), initially set for December 31, has been extended to June 30, 2021.

Labor Minister Élisabeth Borne warned last week that there would be no further postponement. "We will not extend, I tell you clearly, beyond June 30," she said before the Committee on Social Affairs of the National Assembly.

According to the Ministry of Labor, "6,33 million DIF meters in total have been entered by their holder since 2015". For public officials, the transfer is automatic.

How many employees have not done so? In a statement released on June 1, the Federation of Vocational Training (FFP) estimated their number at 10 million, for an amount equivalent to around 12 billion euros.

"This situation is occurring in a context of revival of both employment and the economy of France, a context in which the development of skills should have a central role," she lamented.

The Ministry of Labor vigorously contests the figure of 10 million, without advancing another. He emphasizes that it is not possible to know the number of employees eligible for the DIF who would have used it before 2014.

"Until December 31, 2014, DIF rights were managed by companies, which were under no obligation to make any declaration whatsoever to anyone on the rate of use of the DIF (... ). We do not have this consolidated data, ”it was explained.

For Angeline Barth, Confederal Secretary of the CGT, the estimate is not absurd. She also regrets these wasted hours of training, and considers that they "should have been integrated automatically".

A point of view shared by Natanael Wright, founding president of the Wall Street English training institute, who published a survey on the subject. "We deprive 10 to 12 million French people of rights acquired through years of work because we have not managed to transfer them technically. It's shocking," he said.

"The communication campaign with employees was not up to par," further regrets Ms. Barth.

The Ministry of Labor denies this, highlighting its "many communication actions" with companies, professional organizations and unions, on social networks ...

He also emphasizes that there has "never been so much money for training", and that the CPF is a real "success". The number of training courses requested increased from 630.000 in 2019 to 1,6 million in 2021, for an expected cost of 1,9 billion euros, which also contributes to straining the finances of France competences, the regulatory body .

A windfall that has not escaped training organizations, more or less well established. As the fateful date approaches, many employees are approached, by SMS or telephone, by organizations that encourage them to register for training, at the risk of losing their rights.

"Today, there are training companies that offer training via the CPF which have not been duly authorized," points out the general delegate of the FFP, Olivier Poncelet.

In December, the Caisse des Dépôts, which manages the CPF, claimed to have filed seven criminal complaints against 21 training organizations suspected of fraud, for damage estimated at 10 million euros.

To fight against the abuses of certain organizations, the Ministry of Labor also announces that it wants to go through the law to prohibit telephone canvassing for the CPF, as it has already done for the energy renovation of buildings.