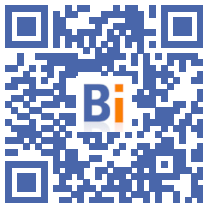 More than 70% of professional branches have a salary grid starting below the minimum wage, which penalizes salary progression according to the government, which wants to be able to merge those that do not update, according to a document consulted by AFP, Tuesday 28 June.

"The low number of agreements guaranteeing minimum conventional minimum wages is an element characterizing the weakness of the conventional life of a branch allowing the Minister in charge of Labor to proceed with the administrative merger of the branches", recommends the government according to one of the articles of its future purchasing power bill.

“As of June 17, of the 171 branches followed by the general scheme covering more than 5.000 employees, 120 display a grid with at least one coefficient lower than the Smic in force”, details the government.

The recent successive rises in the minimum wage (+2,2% in October 2021, +0,9% in January and +2,65% in May) have in fact had the effect of "packing down" even more certain salary grids left fallow lack of regular negotiations.

Admittedly, if the conventional minimum is lower than the Smic, the employer must fill the gap, an employee cannot be paid below.

"In this inflationary context, the whole challenge for the branches is to succeed in negotiating quickly to reassess wages", underlines the government while a new rise in the minimum wage is planned by INSEE in August or September due to the 'inflation.

"Thus, in order to encourage the branches to negotiate on wages", the government wants to be able to merge them if they do not do so, which is impossible for it today under the current state of the law.