More than 7 in 10 French people opposed to an increase in the retirement age, according to Elabe 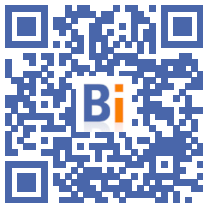 In total, 62% of French people - or one point less than in the study dated April 2019 - "are in favor of an increase in taxes for the wealthiest households to finance the retirement system", against 38% who are opposed to it, indicates the Elabe study published for Les Echos, Radio Classique and the Institut Montaigne.

In addition, more than one in two (52%) judge that "the pension system as it operates today in France works well", against 47% who believe the opposite.

And the older we are, the more faith we have in this system, the survey points out: thus, "retirees are more convinced of the good functioning of the current pension system" (62% believe that it works well, that is to say 3 points of more than in 2019) compared to assets (49%).

However, the judgment of assets has improved compared to the previous survey (+14 points).

Finally, when asked about special pension schemes, 65% of those polled are in favor of "the elimination of the 42 existing schemes including special schemes".

Received at the Elysee on Tuesday, unions and employers are unanimously opposed to the implementation of a reform before the presidential election of 2022. The same goes for the Medef, in favor of raising the starting age to 64 but who fears that the recovery will be hampered by possible social movements. And the majority is itself divided on the content of the reform and on its timetable.

The Head of State, who is due to speak in a few days, put the subject of pension reform back on the table during a trip to the Lot in early June.

The Elabe study was carried out with a representative sample of 1.002 people, using the quota method, interviewed online on July 6 and 7.