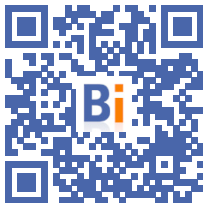 More than 200 owners have filed a lawsuit to demand the cancellation of the 14% increase in property tax in Marseille, voted at the municipal council on April 8, their lawyer told AFP, confirming information of Provence.

"The increase of 5,47 points in the property tax on built properties (which represents a percentage increase of 14%)", which is added to a fixed legal revaluation of 3,4%, "implies that owners with of a property, lessors or not, will have 17,4% more property tax to pay in 2022 compared to 2021", specifies the text of the appeal filed with the administrative court of Marseille.

The 238 owners who are behind it are attacking the decision of the municipal council "because in various ways, they are threatened with precariousness", explained to AFP their lawyer, Jacques Gobert.

The assistant to the city of Marseille in charge of Finance, Joël Canicave, had justified this increase by "new expenses", in particular "the increase in the index point" of the salary of civil servants and "the price of energy “, during an interview with La Provence on April 4.

In Marseille, "there are already owners who are in a situation of poverty and others who will be thrown into precariousness by the mechanical effect of the increase in the property tax", warned Me Gobert, citing data from the 'Insee according to which 8% of Marseille owners lived below the poverty line in 2019, that is to say that they had a disposable income of less than 1.100 euros per month for a person living alone.

"You have people who are not taxable but who, despite everything, will have to pay this increased tax" or low-taxable people for whom "the property tax will be higher than the income tax", continued Me Gobert , denouncing a "local racket".

"A few days before the vote, the municipality was talking about everything except the increase in this tax" which was done "on the sly" according to him when it is "a completely unprecedented increase in Marseille".

This increase was made "too brutally", "everyone was presented with a fait accompli without any consultation", estimates for his part Auguste Lafon, the president of the Syndicate Chamber of owners and co-owners of Bouches-du -Rhône et du Var, which has approximately 5.000 direct members and is one of the applicants.

The increase, which he would have liked to see spread over time, “affects everyone in the same way but the impact is much stronger on small taxpayers”, in particular modest retirees, “and first-time buyers” , he added.

Contacted by AFP, the town hall of Marseille has not reacted for the moment.