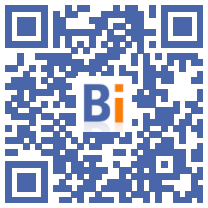 The France Recovery plan of 100 billion euros provides for a total of 10,5 billion in aid to local communities, according to a government presentation on Thursday.

These aids include 2,5 billion in exceptional financing for investment, including 2 billion already allocated for 9.000 projects at the initiative of local communities and validated by the prefects, according to Bercy.

In addition, 3,7 billion euros are allocated to communities on themes decided at the national level such as the rehabilitation of brownfields, the renovation of bridges or the acceleration of the digital transition.

Finally, a mechanism to compensate for lost revenue, particularly in public transport, has been put in place for 4,2 billion euros, including 2,8 billion for the year 2020.

For public transport, most of these compensations are repayable advances with zero interest rates, the repayment period of which is generally between 6 and 10 years.

"The priority for the coming weeks and months" is to "deploy the recovery plan as quickly as possible so that our compatriots can see the concrete results in the territories, which they see that we are starting to renovate such as public building, that such a cycle path will emerge from the ground, that such a factory will be able to develop a new production line ", detailed the Minister of the Economy, Bruno Le Maire, during a press conference in Bercy.

He stressed that the speed with which the plan was implemented had helped to sustain growth.

"This deployment allowed us to obtain in the first quarter of 2021, despite the containment measures, a good growth figure" of 0,4%, he recalled, "this is one of the best European figures".

He also confirmed "that we are targeting for 2021 a growth figure of 5% for the French economy and that we continue to aim to return to the pre-crisis situation from the year 2022".

While economists plead for an extension of the French stimulus plan, Bruno Le Maire stressed that the priority was to deploy funds already programmed, then to evaluate the measures already in place from July. "We will see in September where our economy is and what our needs are: we will do so on the basis of this assessment which will have been made collectively in the summer."

The Minister Delegate for Public Accounts Olivier Dussopt for his part assured that the government ensures that local communities "keep a maximum of their revenues so as to preserve their level of savings" and thus "their own investment capacity and of co-financing ".

At the end of 2020, these communities saw their operating revenues decrease by 1,7% while their operating expenses increased by 0,2%, the lowest increase in the last 25 years, admitted the minister.

In addition to maintaining the global operating allocations promised by the President of the Republic, "we have put in place during the year 2020 protection mechanisms by guaranteeing the communities of the communal block (communes and intercommunalities) that they would have tax and state revenues at least equal "to the average of these same revenues" from 2017 to 2019 ", he argued.

On Monday, an investigation by the Association of Mayors of France (AMF) revealed that a third of municipalities were considering increasing the property tax this year to cope with the revenue losses caused by the health crisis and the gradual abolition of the tax housing, which, according to AMF Secretary General Philippe Laurent, "is not fully compensated either" by the State.