More real estate transactions in medium-sized cities, according to a study 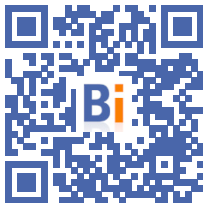 Medium-sized towns benefiting from the Action Cœur de ville (ACV) program have seen real estate demand increase since the launch of this system in 2018, with an increase in the number of transactions, according to a barometer presented on Tuesday, June 21.

The number of real estate transactions in the 200 medium-sized cities studied (excluding Ile-de-France and Mayotte) has thus increased by 17% since 2018, according to this study by the National Agency for Territorial Cohesion and the Higher Council of the notary.

The increase even reached 20% taking into account the surrounding agglomerations.

Real estate sales had stalled in 2020, the first of the Covid-19 pandemic and confinements, before resuming in 2021.

“There is a dynamic real estate market in most Action Cœur de ville cities”, which “confirms this new attractiveness”, welcomed the prefect Rollon Mouchel-Blaisot, director of the ACV program.

Of the 200 cities surveyed, 185 experienced an increase in sales volume. Among the 15 others, those experiencing the most significant declines are in the Grand-Est (Haguenau, Colmar, Guebwiller, Vitry-le-François), Guadeloupe (Les Abymes, Basse-Terre) and Guyana (Saint-Laurent- du-Maroni).

The desire for greenery and space expressed by the French at the end of the first confinement, in the spring of 2020, can be found in the statistics: since 2020, the share of acquisitions in cities with less than 3.500 inhabitants has increased, slightly but by significantly.

"We have the feeling of seeing a desire for green stone, which continued with the first confinement. However, we are not on an urban exodus", noted Me Peggy Montesinos, in charge of real estate statistics at the Superior Council of the notary.

The ACV plan mobilized, between loans and subsidies, 5 billion euros in 5 years (2018/2022), from the State, the Caisse des dépôts et consignations (CDC), the National Agency for habitat (Anah) and the Action Logement group, co-managed by employers and unions. With the ambition to improve the living conditions of the inhabitants of medium-sized towns and to strengthen the driving role of these towns.

Mr. Mouchel-Blaisot will submit a report to the government in mid-July suggesting avenues for the extension, already announced, of ACV over the period 2023-2026.

Among these avenues: the fight against urban sprawl and adaptation to global warming. The report will also focus on station areas and city entrances.