More optimistic about the debt, the government wants to focus on spending for the future 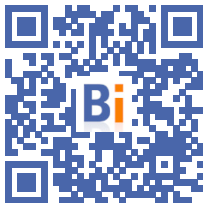 Defending its financial "responsibility" while spending billions of additional euros to end the crisis: this is the difficult balance that the government is trying, helped by the economic recovery, for its 2022 budget project, the last of the five-year term. Emmanuel Macron.

"Part of the fruits of growth must go to reducing deficits and lowering public debt," said Economy Minister Bruno Le Maire, presenting the macroeconomic framework of the bill to the press on Thursday. of Finances for 2022.

After having revised upwards this summer its growth forecast to 6% this year, the government confirmed this objective on Thursday - even if INSEE is now anticipating 6,25%.

It also maintained its target of 4% growth next year.

The strong economic rebound in 2021 will generate better-than-expected revenues, which Bercy intends to mobilize to begin the restoration of public finances, Bruno Le Maire ardently defending the financial "responsibility" of the government.

Bercy therefore now plans to reduce the public deficit to 8,4% of GDP this year, against around 9% previously, and to 4,8% next year, against 5,3% expected so far.

"The good keeping of public accounts is in the DNA of the majority and it has shown that it knew how to do it" before the crisis, hammered Bruno Le Maire, attacked in particular by the right on his management of public finances.

"We did not let the public debt slip away (...) but invested to protect employees and protect companies," he insisted.

However, this budget will still be that of a strong increase in public spending, but dedicated to investments for the future, defends Bruno Le Maire.

It is a budget "for sustainable growth", he pleaded, with the end of the recovery plan (another 30 billion to be mobilized in 2022) and the future investment plan.

Except that the latter is slow to be finalized, discussions are still ongoing within the government.

It is therefore an incomplete budget that will be presented on September 22 in the Council of Ministers, then sent to Parliament.

Because in addition to the investment plan, of which Bercy still refuses to reveal the amount, even if an order of magnitude of 30 billion euros is mentioned, the text will not immediately contain the commitment income for young people. and the skills plan announced by the Prime Minister on Wednesday.

Spending of several billion euros which will be included in the budget during the parliamentary debate, and which should inflate the deficit forecast.

Especially since even the nearly 11 billion euros of additional spending allocated to ministries next year could be slightly revised upwards.

"But we are doing our utmost to contain spending," we assure the Ministry of Finance, which seems to have difficulty in making the end of "whatever the cost" heard in other ministries.

For example, purchasing power measures are not completely ruled out, in particular to help households cope with rising energy prices.

"We will see according to the evolution (of prices) if we have to take decisions", affirmed the Prime Minister Jean Castex Thursday in front of the Senate.

"In any event, we will be below the 5,3% deficit expected previously," however, we assure Bercy.

The government hopes in any case to have turned its back on the crisis. While there will be appropriations dedicated to emergency aid, they will be "extremely low", reserved for example for the purchase of masks, we told Bercy.

If necessary, the government could also mobilize unused funds this year.