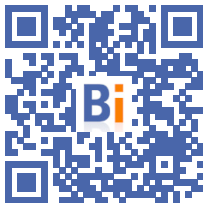 Expanded polystyrene manufacturers, represented by the French Association for Expanded Polystyrene Insulation in the Building Industry (AFIPEB), are working to reduce the carbon footprint of their production. However, they now find themselves at an impasse.

The INIES Base refuses to take their FDES into account when their products include Mass Balance certified material. That is to say when the expandable polystyrene and then the insulating panels which are made from it use the principle of allocation of renewable resources (for example biomass).

A new generation of low-carbon EPS

The expanded polystyrene (EPS) insulation panel industry has been working for several years to find solutions to adopt low-carbon construction and thus reduce its impact on the environment. In this context, manufacturers are working to reduce their energy needs for the production of panels, while limiting the use of fossil resources.

This approach, common to all chemical industries, consists of rethinking chemistry based on fossil resources to substitute renewable resources. Manufacturers are betting in particular on biogas to rethink chemistry, by breaking up gas molecules resulting from the decomposition of plants.

For Amaury Omnès, President of AFIPEB: “For all manufacturers in the sector, producing EPS with plant waste is clearly the future. This waste exists and is just waiting to be recovered. For the sector, the stakes are considerable, in particular by making it possible to reduce the carbon impact of the products concerned and to meet the objectives of the gradual transition to low-carbon constructions. »

A material certified by the Method Mass Balance credit

EPS panels using this technology already exist. Nevertheless, it is a nascent technology and the quantities of raw materials are still limited. Today, the EPS industry cannot produce 100% Bass Carbon EPS from biomass.

To remedy this, the upstream industry has chosen to mix its raw material from biomass and that from oil to manufacture the different molecules used in downstream production.

This development does not impact the industrial process. Whether at raw material producers or at manufacturers of expanded polystyrene insulation, the manufacture of these Low Carbon EPS insulation uses standard installations.

In fact, for manufacturers, the main issue lies in the principle of biomass allocation in the basic and final product, as well as in the traceability processes aimed at justifying it. For this, the PSE manufacturers have decided to use the principle of the Credit Method of the Mass Balance approach described by the ISO 22095 standard “Chain of custody – General terminology and models.

For Joaquim Correia, Vice-President of AFIPEB: “This method consists of setting up a chain of custody, at all stages of production, to allocate the initial quantity from the biomass to part of the materials produced. This standard establishes that there is a link between the administratively documented flow and the physical flow of materials and products. »

Experienced independent organizations (ISCC, REDCert, RSB...) control this Mass Balance credit allocation and issue a certification attesting that it is accurate. This certification extends to the end of the chain, ie to the finished products, the expanded polystyrene insulation.

Blocking of the INIES database

In France as in Europe, the Mass Balance approach has been used for a long time in other sectors and it is even accepted in the certification of sustainable wood. Its use of new technologies for an effective ecological and circular transition has been recognized by several renowned NGOs, such as WWF and the Ellen Mc Arthur Foundation.

For Amaury Omnes: “We have launched products, we have developed FDES which have been verified by authorized independent verifiers. This shows that everything is under control because the Mass Balance part is also verified by independent actors. And, after having published the first FDES, it turns out that in March 2021, the INIES Base issued a new rule prohibiting the use of Mass Balance. »

It bases its decision on an interpretation of the standards that the PSE industrialists dispute.

For Joaquim Correia: “It is a unilateral decision which is not applied in Germany by the counterpart of the INIES Base (IBU) which recognizes this approach for construction products. The authorities refuse to discuss it. »

This decision puts the manufacturers concerned in difficulty, who no longer have the possibility of publishing FDES using the Mass Balance principle. In other words, their low-carbon products are not recognized and cannot participate in the gradual transition towards low-carbon constructions, betting on the diversity of construction methods and the mix of materials supported by the RE2020.

For Joaquim Correia: “To refuse the Credit Method Mass Balance is to deprive oneself of a precious tool for advancing the sectors in the right direction. This approach that we defend is of interest to all construction products integrating different materials, from recycling or even biomass, which will need them to start their transition. »

For Amaury Omnès, on behalf of AFIPEB: “As with 'green' electricity, the allocation method stimulates demand. The customer benefits from low-carbon products and “finances” the investment in this transition. It is a necessary condition for development. But we also need political will on the means and not only on the objectives. »