Mirova, a subsidiary of Natixis, takes a stake in Corsica Sole 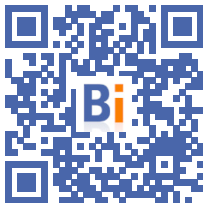 The management company dedicated to responsible investment will become a reference shareholder, contributing some 80 million euros. The two co-founders and directors remain the majority in the capital.

Corsica Sole "has demonstrated its know-how in innovative projects, and developed unique know-how in the production, storage of electricity and the construction of charging station networks", explains Raphaël Lance, director of the infrastructure funds of Mirova's energy transition.

Created in 2009, Corsica Sole (80 employees), based in Corsica and Paris, develops projects on the Isle of Beauty and in overseas territories as well as in metropolitan France.

The company has nearly 100 MWp of photovoltaic power in operation in France and 50 MWh of power plants with energy storage. Its portfolio of projects amounts to 1GW for the coming years.

After developing photovoltaic power plants with storage, the company is also focusing on storage units alone. Among its innovations, it is testing two-face photovoltaic panels, with efficiency potentially enhanced by reverberation.