Minimum under the minimum wage since January: around "a third" of branches now in compliance 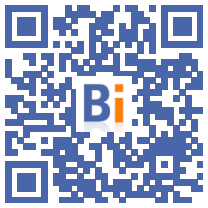 Among the forty branches which had minimums lower than the minimum wage on January 1, 2021, "about a third" are now in compliance, said Friday the Minister of Labor Elisabeth Borne, assuring that the others would be followed "closely".

Of the forty branches which had minimums below the minimum wage before the automatic increase of October 1 and called upon by the government to negotiate, "about a third" have conventional minimums "at least equal to the minimum wage", indicated Ms. Borne, after a meeting with representatives of these branches.

"We must salute the branches which have concluded agreements within time limits which are constrained", she added, citing in particular the aesthetics or the interim as well as the agreement opened for signature Thursday in hotel-cafes -restaurants, with increases put on the table which "are not negligible".

The minister added that "a large half" of the branches were still negotiating, indicating that their discussions would continue to be followed "closely".

The issue, she underlined, "is the attractiveness of the professions in a context also marked by significant recruitment tensions".

Conversely, 108 branches, or 63,2% (nearly 6,6 million employees) have a grid comprising at least one coefficient lower than the minimum wage, according to the balance sheet of the ministry.