Branch minimum under the minimum wage: what are we talking about? 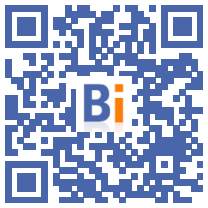 The minimum wage will be automatically revalued on October 1 to be raised to 1.589,47 euros gross per month, but certain branches have lower minimums, the government calling on them to negotiate in order to "revalue" them. What are we talking about?

Can an employee be paid below the minimum wage?

No. The minimum wage corresponds to the legal minimum hourly wage below which an employee cannot be paid. It applies to any adult employee. The gross monthly salary divided by the number of hours worked must therefore be at least equal to the hourly minimum wage (10,48 euros on October 1).

The employer can be fined in the amount of 1.500 euros if he pays the employee a remuneration lower than the minimum wage.

Why is the government calling for a revaluation of the branch minima below the minimum wage?

If the agreed minimum is lower than the minimum wage, the employer must close the gap. But for the Minister of Labor, Élisabeth Borne, having minimums below the minimum wage is "a very bad signal" in terms of attractiveness, at a time of tensions over recruitment. She called on Sunday all the branches concerned to "upgrade" them.

The 220 or so branches have an obligation to periodically negotiate wages, but not to reach an agreement. Some have started discussions and signed agreements such as cleaning or retail.

Currently, according to the Ministry of Labor, 45 branches have a conventional minimum lower than the minimum wage, a situation linked to the automatic revaluation of January 1 for 25 of them and older for the others for lack of agreement.

The increase of October 1 will not help matters: in the hotel and catering industry, where discussions have just started, there will be a drop of 75 euros compared to this minimum wage, which will be paid to the first five levels of the salary grid. In road transport, "the whole coefficient is at the minimum wage" except the highest "at a cent above the hiring: 10,49 euros gross", deplores Patrice Clos, secretary general of FO Transports.

The branches concerned will be received by the ministry and a review meeting will be organized in November with the inter-professional social partners.

The situation is far from unprecedented. According to Dares, before the automatic adjustment of January 2020 which concerned 2,25 million employees (13% of employees), 16% of branches had a first level of the grid below the minimum wage (against 22% the previous year).

Is there a risk of creating low wage traps?

Employees paid in the vicinity of the minimum wage are overrepresented in professions which continued their activity during confinement, in particular the "second line".

"In the evolution of the salary scale, potentially even with seniority, you remain at the minimum wage. That's a real problem," explains Mathieu Plane, economist at the OFCE.

"The problem is not necessarily at the level of the minimum wage, but on the reduction of wages around the minimum wage", he insists, adding that it is a question of acting "on the dynamics of wages, of recreating a career progression and not get stuck "to the minimum wage.

According to a 2018 INSEE study, a 1% increase in the minimum wage increases individual basic wages by 0,08% on average, while a similar increase in conventional minima increases them by 0,14%.

For the unions, which put forward the "second line", the automatic increase in the minimum wage is clearly insufficient.

At the CGT, which claims a minimum wage of 2.000 euros gross, Boris Plazzi explains that the interest in increasing the minimum wage is that "it affects everyone, small and large companies". But, he says, it is also necessary "to open negotiations in the companies and in the branches" and "an increase of the whole of the wages" because "if one only increases the Smic one does not pay the qualifications" .

For the CFDT, "the real subject is the revaluation of branch minima". Raising the minimum wage is "a stopgap that does not address the problem", believes Luc Mathieu. Besides the fact of "crushing the hierarchical categories", the question of the attractiveness of a certain number of trades "is not reduced to the question of wages" and also relates to "working conditions, career paths, 'articulation of times ... ".

"It is by working on the whole that we improve the situation of second-line workers," he said.