Undermined by slums and vertical slums, Marseille launches an SOS 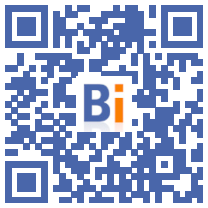 This summer in Marseille, three men died in a fire in a "vertical slum". To treat the deadly plague of unworthy housing, of unparalleled gravity in France, elected officials and actors in the field are launching an SOS.

It was in a staircase in the Cité des Flamants, in the 14th arrondissement, that the fire - presumably of criminal origin - spread on July 17. Three Nigerians defeated themselves, a young child and his mother were badly burned.

Dedicated to demolition as part of an urban renewal project, this set from the lessor 13 Habitat compiled everything Marseille has in terms of poverty and trafficking.

In the middle of the last 12 tenant families, some 200 migrants, most of them Nigerians, had taken their places in "squats sometimes rented 200/300 euros per month by sleep sellers who spot empty housing and change the locks", explains Jean- Régis Rooijackers, Marseille slum mission manager for Médecins du Monde.

Prostitution, no deal: "There were carts everywhere and you had to be identified by the dealers to enter the buildings", continues a humanitarian worker.

After the disaster, some 120 people were relocated urgently.

"This phenomenon of squats is very widespread in Marseille, and in Les Flamants for example, it was largely the result of families dislodged from the city of Corot about a year ago", explains Christophe Humbert, communication director of the lessor. social 13 Habitat.

"We are experiencing exactly the same situation at the Petit Séminaire", a set of 240 dilapidated housing units dating from 1959 awaiting demolition, relates Christian Gil, general manager of Marseille Habitat Provence.

In November, 200 people, most of them from West Africa, were evacuated there after fires in buildings targeted by dangerous orders. But seven families still refuse the landlord's relocation offers: "For a family, we have nine proposals," said Mr. Gil.

Relocation difficulties delay the demolition of buildings, and empty apartments are squatted, often through sleep merchants.

Illegal connections, water infiltration, broken stairs, pierced load-bearing walls: "What is worrying here is that we are in a vicious circle, with degraded housing that we do not treat, therefore ultra- poor people settle there and that creates a humanitarian emergency situation similar to certain African cities like Lagos ", warns Florent Houdmon, director of the Abbé Pierre Foundation for Provence-Alpes-Côte d'Azur.

The phenomenon has grown with a record level of "social and human distress" against the backdrop of Covid-19 in the poorest large city of the country, worries Jean-Pierre Cochet, deputy mayor of Marseille at the civil security.

And it also affects private condominiums, such as at Les Rosiers, where the view of the Mediterranean does not soften the "jungle" in which its occupants say they live.

"I would never have imagined that in France. We live in fear" of traffickers who make the law, testifies on condition of anonymity a mother of four children who arrived two years ago. "My first apartment was catastrophic. The electrical panel was not in order, the sockets did not work. We accepted because we were not asked for a guarantor or a payslip." Rent: 700 euros per month!

"I knew a family that sleep merchants kicked out of an apartment in the middle of the night because another family was willing to pay more," said a social worker.

"We are on violations of the law, the right to security, to live with dignity," say social actors.

In Les Rosiers, a technical report reported "disorders relating to electricity, lighting, gas networks, plumbing and elevators" on three buildings, indicates the town hall which urgently requested work from the indebted condominium where some small, poor landlords have little leverage over others owning dozens of apartments.

This climate gives rise to community tensions which worry the authorities. In Les Flamants, the police had to intervene, with Nigerians accusing drug traffickers of being behind the fire which killed three people.

So, nearly three years after the death of eight people in the collapse of two dilapidated buildings in the city center, rue d'Aubagne, the mayor of Marseille Benoît Payan launched a "cry of alarm".

"The urgency of the issue requires a rapid and coordinated response", pleads the elected representative of the Marseille Spring (left union), calling for "States General aimed at the absorption of squats, shanty towns and unworthy settlements as soon as possible".

Alexandra Louis, former LREM MP, wants at least monthly meetings between the State, the city, the metropolis and the donors speaking of "vital emergency". The Abbé-Pierre Foundation is asking for an "electric shock", Jean-Pierre Cochet for a "Marshall plan".

Even if the procedures are long and complex to evacuate, relocate or act in degraded private condominiums, "we must accelerate", agrees the prefect. But the key in the Marseille metropolis led by the LR Martine Vassal, as in the whole region, remains "the construction of housing, especially social housing", still very insufficient, insists Christophe Mirmand.

In the meantime, the penalties are starting to drop: a few days before the flaming fire, two sleep merchants who rented unsanitary apartments were sentenced to fines and imprisonment.