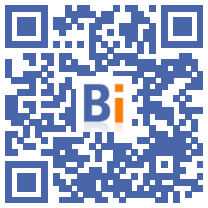 The deputies will be trained in the challenges of the ecological transition, with a first meeting set for October 19, so that they have "a base of shared knowledge", indicated Wednesday September 28 the presidency of the National Assembly .

The President of the National Assembly Yaël Braun-Pivet (Renaissance) is at the origin of these training sessions which also aim to "improve the consideration of environmental issues in parliamentary work", according to a press release.

An inaugural conference, followed by thematic workshops, will be held on October 19, with the participation of paleo-climatologist and IPCC member Valérie Masson-Delmotte, ecologist Philippe Grandcolas and climate economist Céline Guivarch.

This meeting "will only be a first step in a cycle of training", so that "the training of deputies, but also of staff and collaborators working in the institution, is part of the long term", continues the presidency. of the Assembly.

With a view to a "green and virtuous Assembly", Ms. Braun-Pivet has also set up a working group responsible for proposing "exemplary environmental practices" within the institution.

Composed of 14 deputies from all sides and chaired by Ms. Braun-Pivet herself, it will meet for the first time on October 6. The working group must look into "immediate measures" to "avoid energy cuts this winter", as well as a "medium and long-term energy transition plan" by the end of February 2023, in order to reduce consumption. by 60% by 2042.

Finally, an "ecological transition plan" must be submitted by June 2023, on the reduction of waste, the greening of the transport of deputies, staff and collaborators, and again on the promotion of healthy and sustainable food.

“There is still a lot to do in terms of reducing (energy) consumption, even if a lot has been done with a 30% drop in the last ten years”, underlined the holder of the perch in Le Parisien on Monday, noting that '"part of the buildings (of the Assembly) is classified as a historical monument, which does not facilitate the work".