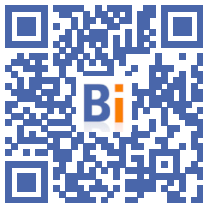 The government and social housing actors in France signed a "protocol of commitment" on Friday to build 250.000 social housing units in 2021 and 2022, after 2020 marked by a drop in supply due to the pandemic.

The objective of this text, initialed by the Minister for Housing Emmanuelle Wargon, the HLM movement, the bank of territories and Action Logement, is to "meet the challenge of producing 250.000 social housing over 2 years", according to the ministry's press release. .

Ms. Wargon had put forward this figure on Tuesday, recalling that the year 2020 had seen the completion of a number of projects "much lower than needs, with less than 90.000 approved housing", due to the Covid-19 crisis.

Friday, the ministry specifies that 2020, "in a context marked by the health crisis and the postponement of municipal elections", resulted in a reduction of 17% in the number of social rental housing approved in metropolitan France compared to 2019, "representing 80% of the target", or 87.500 housing units financed for a target of 110.000.

The signatories of the protocol say "to unite their efforts in favor of an ambitious revival of the production of social housing", while "more than 2 million of our fellow citizens remain waiting for access to social housing, that modest households and middle classes encounter difficulties in accessing property, and that the construction sector needs to be supported ".

"This joint effort is materialized by an objective of financing 250.000 social rental housing over 2 years, including 90.000 very affordable housing" - that is to say housing financed by rental loan assisted integration, PLAI -, representing a total investment of around 38 billion euros ", is it specified in the protocol.

"This effort is made possible by the mobilization of aid and exceptional means by the partners, the pursuit of administrative simplification, and the strengthened coordination of actors at national and local levels", according to the press release.

It will be supplemented "by the means in favor of the rehabilitation of social housing provided for in the recovery plan", specifies the ministry.