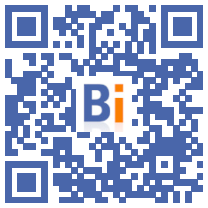 The Scottish authorities have granted concessions to 17 offshore wind projects, including those of the British BP, SSE and Shell, after mega-auctions which will bring in nearly 700 million pounds.

Among the main candidates and the partners who have been selected are the British BP, SSE and Shell, but also international players such as the French TotalEnergies and Engie or the Spanish Iberdrola.

All the projects represent almost 25 GW, i.e. as much as the offshore wind capacity currently installed in Europe, including just over 10 in the United Kingdom, leading in Europe, according to figures from the European lobby WindEurope, dating from 2020.

The concessions cover just over 7.000 km2. Ten of the projects selected out of 74 applications will be floating, six will be fixed and one of the parks will be mixed.

The winners of the auction now have an option "reserving them the rights to specific areas of seabed", announced Monday in a press release the public body Crown Estate Scotland.

"Renewables are clearly the way forward, and this announcement marks a huge step forward in offshore wind power in the UK," said Doug Parr, chief science officer of Greenpeace, in a statement.

But the new renewable energies "are not enough on their own", he added, believing that their development must be accompanied by progress on the insulation of houses, the improvement of the energy system and the conversion of industries to high carbon emissions.

The authorities estimate that this first offshore wind tender in Scotland in more than a decade will also generate "several billion pounds" of investment in the region.
The Spanish Iberdrola, present in three of these projects totaling 7 GW, in particular in partnership with Shell, reported in a press release "a joint investment" of 22,5 billion euros, including nearly 12 billion "from of Scottish businesses and institutions".

"Offshore wind is set to become the backbone of the UK's energy mix and will provide the bulk of generation" as the country sets a target of carbon neutrality by 2050, commented Keith Anderson, CEO of ScottishPower, a subsidiary of Iberdrola.

BP and its German partner EnBW have meanwhile won a call for tenders for 2,9 GW, which "should see the light of day from 2026-2027 and will supply more than three million homes with renewable energy" , according to a joint statement.

TotalEnergies is for its part a partner on a 2 GW project, which is "to date the largest development [of the group] in renewable energies in Europe", said Patrick Pouyanné, boss of the French energy company in a press release.

Oswald Clint, an analyst at Bernstein, notes that the three majors Shell, BP and TotalEnergies alone have accessed nearly 10 GW.

“After decades, if not a century of presence in the country, it is perhaps not so surprising that Shell, BP and TotalEnergies have got their hands on a significant share” of the rights auctioned, “probably more than what they expected,” he commented.

But the awarding of these concessions is only "the first step in a long process" and the signing of a full lease will only occur after several steps, in particular on the financing of these projects, specifies Crown Estate Scotland.

If an application does not ultimately lead to the signing of an agreement, it is the next best-scored application that will be offered an option, specifies the public body.

“The variety and scale of the projects [successful] shows both the remarkable progress of the offshore wind sector and a clear sign that Scotland is set to become a major center for the development of this technology in the years to come. “, welcomed Simon Hodge, managing director of Crown Estate Scotland, quoted in the press release.