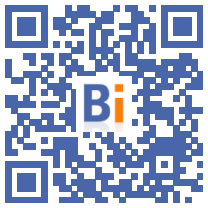 Medium-sized towns located near metropolises recorded an increase in sales of houses and apartments in 2020, according to the second barometer of medium-sized towns benefiting from the Action coeur de ville (ACV) program published on Tuesday.

"In comparison with certain metropolitan areas which have experienced a sharp drop in their sales volume, these figures show more than resistance from medium-sized towns", specifies the barometer co-produced by the Superior Council of Notaries and the management of the ACV program. .

Launched at the end of 2017 and with a budget of five billion euros over five years, this program aims to revitalize and support the development of 222 intermediate cities (between 10.000 and 100.000 inhabitants).

Significant sales volumes were observed in Moulins, Besançon, Pau, Lisieux, Saintes or Autun, according to the director of the LCA program, Rollon Mouchel-Blaisot.

This finding is particularly significant in the departments located near the Ile-de-France region, driven by a "particularly dynamic" real estate market, where purchases are increasing.

"One can think that the restriction of movement to 100 kilometers from the first confinement played in the reflection of the purchasers", analyzes Peggy Montesinos, member of the office of the superior council of the notariat.

Without speaking of "urban exodus", these new buyers were "helped by teleworking", specifies Ms. Montesinos.

"Up to Limoges via the Cher, the Loir-et-Cher, the Indre or the Creuse, there was an interest in these territories which are well connected to Paris", observes Mr. Mouchel-Blaisot.

"The investments are starting to bear fruit", he adds, specifying that the actions of the ACV program will continue to be deployed so that "the living environment of these cities on a human scale is even more attractive".

Out of the 5 billion euros of the Action coeur de ville program, some 2,1 billion euros have been committed to several hundred projects concerning the renovation of housing, economic development or the digital transition of medium-sized cities.