Mediterranean episodes: how to avoid damage from flash floods? 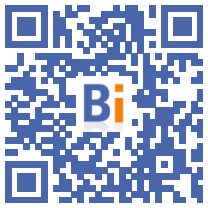 Promoting the flow of water, building dykes, better training populations: an all-out "culture of risk" is necessary to minimize the devastation caused by sudden floods on the Mediterranean coast, which are likely to multiply due to climate change. climatic.

What are the preventive measures?

If the whole of France is concerned by a risk of flooding, even minor, fifteen departments of the south are particularly exposed to flash floods because of the Mediterranean episodes, these stormy systems capable of dumping months of rain in a few hours.

As with any natural risk, various prevention and management plans exist, constantly revised with the recurrence of disasters. In 2020, storm Alex left ten dead, eight missing, 13.000 victims and around one billion euros in damage in the Alpes-Maritimes.

Since the 1990s, "flood risk prevention plans" (PPRi) have mapped hazards and regulated land use. Appended to local urban plans (PLU), they can lead to building bans or restrictions, such as the impossibility of having a basement in one's house.

These constraints are backed up by local authority initiatives, the Flood Prevention Action Programs (PAPI), giving rise to the right to State subsidies: studies of local risk, maintenance of watercourses, construction of protection...

Since 2011, 69 PAPIs have been labeled in the fifteen departments concerned, i.e. one billion euros in actions (out of 2,6 billion nationally), counts the General Directorate for Risk Prevention (DGPR) at the Ministry of Transition ecological.

About a quarter was used to relocate "more than 800 households (183 in Aude, 383 in Gard and around 250 in the Alpes-Maritimes)", according to figures from the ministry.

Alert tools have also multiplied: in addition to the vigilance of Météo-France and SMS alert systems, the Vigicrues service was enriched in the spring with a mobile application with personalized notifications.

Major axis of prevention, the government relaunched in August its information campaigns on the good reflexes: "not to pick up your children"; "postpone your movements", "stay in a building" in height; "do not take your car, because a few centimeters of water are enough to carry it away", etc.

What are the avenues for improvement?

"Most floods are predictable by Vigicrues", recalls Sybille Muller, head of the flood risk office at the DGPR. This makes it possible to activate the Communal Safeguard Plans (PCS) as soon as possible, that is to say the measures in the event of a crisis, in the first place the evacuation plans.

"But there's no point in having a good plan if you don't train," adds Véronique Lehideux, head of the natural and hydraulic risks department at the Ministry of Ecological Transition.

"So far we have worked a lot on acquiring good reflexes, but we must now develop a culture of exercise", such as those against fires organized every year and entered into mores, underlines the senior civil servant.

Adopted at the end of 2021, "the Matras law" on civil security "strengthened the requirements for exercises" and the authorities intend to extend this "crisis logic", "already very developed in overseas territories", specifies Ms. Lehideux.

The broad outlines of what remains to be done are listed in the Flood Risk Management Plans (PGRI), rolled out over five years at the local level.

That of the Rhône-Mediterranean hydrological basin plans in particular for the period 2022-2027 to "improve flow capacities", while urbanization and soil sealing have continued to increase runoff.

This ranges from the cutting of fragile trees, likely to be swept away and form dams by accumulating under bridges, to the destruction of structures that have narrowed waterways, including "solutions of nature-based adaptation" (SaFN). This involves, for example, restoring wetlands to spread out floods, decompact the soil thanks to the root systems of trees or multiply the "landscape valleys" (wide ditches with a gentle slope to accommodate rainwater).

"These solutions are fashionable and have a contributory role in mitigating natural disasters", notes Sybille Muller, "but we must be realistic: there are climatic risks which require hard constructions", such as resized dykes and dams at the height of the danger.