Mayors, on the front line in the face of the housing crisis 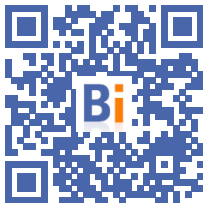 Often considered by their constituents as having "all the powers", the mayors see more and more people in demand for housing pass through their office, but find it difficult to meet expectations and face contradictory injunctions.

With 2,3 million requests for social housing pending, the housing crisis in France is well established. "As we are no longer building enough, the government is saying + we are going to create a supply shock, we are going to make 500.000 housing units + (...) and the mayors, take your trowels", launches Thierry Repentin, PS mayor of Chambéry ( Savoie), believing that the implementation of national housing policies still rests "on the mayors".

But the equation is more and more difficult to hold, according to elected officials who participated Thursday in a forum on housing on the occasion of the congress of the Association of Mayors of France (AMF).

Regularly accused by building professionals of blocking building permits, mayors say they feel "a bit alone" in the face of the challenges, especially since the objective of "zero net artificialisation" (ZAN) of the soil, included in the climate law of 2021, further reduces their room for manoeuvre.

"As mayor of a municipality of 4.200 inhabitants, when we get up, we are often in the fog for the simple reason that we often do not control the land which is essential for construction, and the ZAN will put us additional pressure", testifies Vincent Hagenbach, UDI mayor of Richwiller (Haut-Rhin).

Despite the possibility of pre-empting land, in particular via public land establishments, there is always a balance to be paid, sometimes significant, for the municipalities.

Camille Pouponneau, mayor of Pibrac, a commune of 8.000 inhabitants of Haute-Garonne, has had the bitter experience of it. “We had to abandon a plan to buy a house near a train station to transform it into collective housing because we had 200.000 euros left to pay and that is the money we spend each year on maintain our municipal buildings", she underlines.

In Villeurbanne, a very attractive town which adjoins Lyon, the elected officials are pleased to have succeeded in controlling the price of rents. But it is now the price of land, subject to "increasing competition between developers", which is making people cringe, in a city which has 10.000 applicants for social housing.

“What is the point of signing building permits if it is to see housing arrive at 8.000 euros per square meter inaccessible to 80% of households?” Asks Agnès Thouvenot, first deputy mayor, who calls for a mechanism “of control of land prices" and a "real state strategist to rebalance the territories".

In Malakoff (Hauts-de-Seine), the PCF mayor has signed a charter with the promoters which establishes an exit price of 6.000 euros per m2 in a market that is close to 8 to 10.000 euros. But this charter has no regulatory value.

The mayors also point to the "complexity" of the tools at their disposal. "We know that we have to house elderly people who lived in rural areas. For that we have a lot of tools, but we would like them to be readable, understandable and stable", asks Isabelle Le Callennec, mayor LR of Vitré (Ille-et-Vilaine).

Everywhere in France, the town councilors also complain of an inflation of the appeals of the residents against the new projects, the inhabitants often looking unfavorably on the new constructions.

"We have to reintroduce a debate. Large complexes have traumatized the collective imagination and we are the receptacles of this concern. Yet we are also very much in demand for housing", recognizes Hélène Geoffroy, PS mayor of Vaulx-en-Velin ( Rhone).

Faced with the proliferation of appeals, elected officials regret a lack of state support and fear defeat in the next elections if they grant too many permits. "The mayors must carry alone the question of density and the explosion of recourses. We must rehabilitate the act of building", pleads Thierry Repentin.