Matignon announces the creation of 1.000 jobs in departmental state services 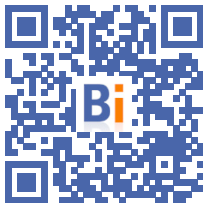 A thousand jobs will be created in departmental state services, Matignon said Thursday, on the eve of an interministerial committee for public transformation to be held in Mont-de-Marsan, the first since the health crisis .

The Prime Minister's services explained that it was a question of "rearming the territories" by giving "priority to the departments".

"The continuation of the movement of + demetropolization + will make it possible to strengthen the public services in the territories", continued the entourage of Jean Castex, while it is also a question of "creating room for maneuver for the prefects in budgetary matters and of human resources ", and" to create modalities to come to the support of the decentralized administrations and the prefects ".

Around the Prime Minister, the Ministers of Transformation and the Public Service Amélie de Montchalin, Public Accounts Olivier Dussopt, and Veterans Geneviève Darrieussecq, are expected for this interministerial committee in the capital of the Landes.

Jean Castex also intends to draw up a "positive assessment" on public transformation efforts since the start of the Macron five-year term, while a survey showed a four-point increase in user satisfaction with public services, to stand at 76%.

The Prime Minister must still focus on simplification, in particular by announcing the development of a telephone offer for each of the public services, in addition to digitization.

The public action barometer, launched in early January and which should allow the French to assess the progress of 25 priority government reforms, must also deliver its first results and be enriched.

Finally, it is a question of "making public officials accountable by giving them more leeway", with a "structural reform of the financial organization within the ministries so as to reduce a priori controls and allow the introduction of more flexibility, which goes hand in hand with greater accountability of agents, "said Matignon.