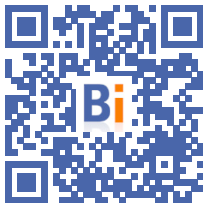 The Compagnie Nationale du Rhône (CNR), which presents itself as the leading French producer of renewable energy, announced a few days ago a “massive” development program in photovoltaics.

CNR will thus invest one billion euros "by 2030 to multiply by seven" its installed capacity, which should increase from 150 to 1.000 MWp (megawatt peak), explained Laurence Borie-Bancel, president of the executive board, during a meeting. 'a press conference. That is the annual consumption of a population of 550.000 inhabitants

Held by Engie (49,97% of the capital), Caisse des Dépôts (33,20%) and local authorities (16,33%), this concession holder responsible for the development and enhancement of the Rhône since its creation in 1933 ensured a quarter of the country's hydroelectric production, with 19 power stations.

The CNR is also responsible for river navigation and agricultural irrigation under its concession, recently extended by Parliament for 18 years, until 2041.

In line with its projects, a company dedicated to photovoltaic development, Solarhona, was created, initially with around twenty employees, between Lyon and Montpellier.

In concrete terms, two-thirds of the capacities would come from the installation of panels on roofs or in the form of shade structures, and a third on “degraded, small-sized, useless” land, explained the president. of Solarhona, Julien Marchal, also director of new energies at CNR. Some "small solar projects floating on small bodies of water" are also considered.

For the CNR, all these projects respond to the "scarcity of land" and will be carried out in collaboration with the "territories, which will be able to join in their governance in + project companies +". The 47 EPCIs (public establishments for inter-municipal cooperation) in the Rhône Valley are thus targeted, as well as companies. Solarhona will donate part of the revenue generated to them.

According to Ms. Borie-Bancel, who refers to a "massive" investment, "80 projects are already in development". They should create "600 direct and indirect jobs".

The most advanced concerns the partnership with the logistician Skipper, in Pouzin (Ardèche), where approximately 20.000 m2 of the roof of the logistics platform will be "solarized" at the start of 2023.

"Our minimum threshold is 1.000 m2, we are not targeting individuals", specifies Mr. Marchal, who, in addition to business roofs, also considers those of "public buildings and agricultural sheds" or "parking lots".

For ground installations, "brownfields, embankments, or abandoned highways" would be appropriate. On these surfaces, the CNR does not rule out installing "two-sided vertical panels", offering the advantage of double exposure, a technology tested on the banks of the Rhône in Sablons (Isère).