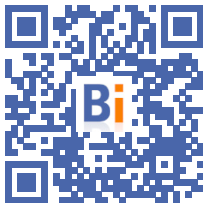 A "secure, green, clean" school, in a district "where hundreds of children come to study in prefabs": the socialist mayor of Marseille laid the first stone of an emblematic construction site on Tuesday, September 27, a year after the launch of a vast school renovation plan.

The construction of the school complex on rue Masséna, in the Belle de Mai district (3rd arrondissement), is part of the "Marseille en grand" plan, launched on the initiative of President Emmanuel Macron to make up for the delays incurred by the second city of France in multiple areas.

Pillar of this plan, education, with the planned renovation of 174 schools out of the 470 in the city, "heavy constructions or rehabilitations", detailed Laurent Carrié, delegate prefect for equal opportunities in charge of the plan " Marseille in a big way”, during a press conference on the site.

“An inclusive plan which starts from the observation of the social difficulties experienced by the city, and especially this district with one of the highest poverty rates in Europe”, insisted Mr. Carrié.

The construction site on rue Masséna, costing nearly 15 million euros, will bring together 20 classes but also public facilities that are lacking in the district: media library, toy library, multipurpose room.

"In one year we have done what others have not done in five years, even ten years", welcomed the mayor of Marseille, Benoît Payan, a barely veiled reference to his predecessor, the mayor LR Jean-Claude Gaudin, whose last mandate had been tarnished by the unworthy state of schools in particular.

Asked by journalists about the work schedule, he assured that he was bound, despite the hazards linked to "the flight of construction costs", the "difficulty of transporting certain materials", etc. Mr. Payan also insisted on his desire not to finance this work through public-private partnerships, which Mr. Gaudin often used.

The State has released exceptional aid of 400 million euros and will guarantee more than 650 million euros out of the 800 million loans necessary for the school renovation plan, entrusted to a joint State/city company, Société of Marseille schools (SPEM).