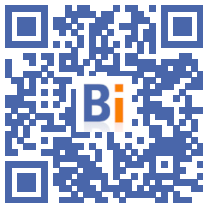 Presented at the beginning of September by Emmanuel Macron, the "Marseille en grand" plan now has its conductor, Laurent Carrié, delegated prefect. Six weeks later, however, there are still many questions about the score to be played and the role of the musicians: city, metropolis and state.

At the start of the school year, Emmanuel Macron made a clear statement: 174 schools - out of the 472 in the city - are "in such a state of disrepair that learning has become impossible". Since then, Mayor Benoît Payan has estimated the school renovation plan at 1,2 billion euros, "the largest project that the city of Marseille has initiated since the 1960s".

But what will the state's participation be? "We are not going to create a precedent, otherwise all the mayors of France will tell me + me too +", warned Mr. Macron, refusing "a bonus to those who hurt". "At the same time, I have no right to let you waste time because children are (...) the first victims", he added.

"Nobody can imagine, (...) in view of reality, that the president comes to throw dust of perlimpinpin", had released the socialist mayor of Marseille at the end of August.

Beyond the budgetary question, the teaching staff was surprised by the announcement of the president of these 50 schools "laboratories" in which the director could "choose the teaching team". If the town hall kicks in on this point, the proposal has attacked the teachers' unions, who called for boycotting the experiment, calling it "inconceivable", and called to demonstrate during the new presidential visit on Friday.

Unworthy housing is a scourge in the second largest city in France where, according to a 2015 government report still relevant, 100.000 people live in 40.000 slums, and this in the private park only.

After the collapse of two dilapidated buildings in the heart of Marseille which had left eight dead, on November 5, 2018, the State and communities had signed an action plan to distribute the 600 million euros promised against unworthy housing, out of 15 years, for 1.000 hectares of downtown. But the first phase of this project, worth 217 million euros, targets only 7 ha, or four degraded islets.

Insisting that these projects be undertaken "immediately" and that the governance of these issues improve, the Head of State announced in September the launch of an operation of national interest for the city, a procedure that will allow it is up to the State to co-pilot this gigantic project and speed up the procedures.

Since then, "there has been no new announcement, it is very disappointing on the number 1 issue in Marseille with the schools", reacted Kevin Vacher, spokesperson for the Collectif du 5 novembre, according to whom "300 buildings are still struck by imminent peril ".

Transport: one billion euros, but for what?

We must "open up the poor" northern districts of Marseille, had insisted Emmanuel Macron, by putting one billion euros for transport, including 250 million in subsidies. And to announce in particular "the creation of four tram lines" in addition to the two metro lines and three existing tram lines.

Banco responded to the Aix-Marseille-Provence metropolis, which is competent in the field of transport and headed by Martine Vassal (LR), by presenting four projects to extend the tram, in particular towards the Catalans beach, in the heart of the city. But only three new stations would open to the north, by 2025 at best, duplicating metro line 2 ... And we would have to wait until 2028 for the city of Castellane to be connected to the heart of the city.

"This is a misinterpretation of the words of the President of the Republic, (...) he clearly did not come to finance what is already in the boxes," commented to AFP Audrey Gatian, deputy to Mobility at the left-wing town hall of Marseille, by reaffirming the municipality's desire to prioritize projects towards the North.

Denouncing "the local chicayas", Mr. Macron had warned: the city and the metropolis to resolve their governance problems, otherwise he would not put "more gasoline in a system which continues to keep the same brakes".