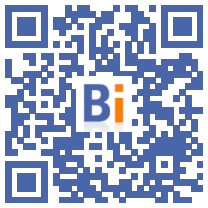 Maritime infrastructures such as dikes, bridges and other piers should systematically be designed in the image of nature, so as to minimize their impact on biodiversity, pleaded Tuesday a specialist in coastal development.

During the expansion of a port or the construction of offshore wind turbines, developments which require the construction of imposing underwater artificial structures, it is necessary to seek to "mimic the natural environment" to preserve the flora and fauna. , insisted during an online press conference Sylvain Pioch, geographer at the University of Montpellier 3.

Until now, the use of unsuitable materials, such as smooth concrete, has often favored the proliferation of invasive species, algae and sponges in particular, regrets Mr. Pioch, co-author with engineer Jean-Claude Souche , teacher-researcher at the Ecole des mines d'Alès (Gard), of a book on "eco-design of maritime infrastructures".

The shape of these structures is also important: a dike made of large blocks leaving large interstices between them will favor predators (octopus, conger eels, etc.) and, on the contrary, penalize juvenile populations which need small cavities, as in an environment natural, to develop in complete safety, underlines the Montpellier academic.

According to him, the use of "rough concrete" for the construction of elements whose shape would recall the intertwined roots of the mangrove will conversely create new habitats conducive to the appearance of new fish colonies.

In their book, the two researchers therefore advocate a "new conception of maritime engineering" whose first rule would be to take into account the ecological impact of underwater constructions and would involve local populations from the outset.

"Our mission on earth, as human beings, is after all to take care of living things, from microscopic beings to whales", estimates Mr. Pioch, according to whom "90% of coastal biodiversity is in an unfavorable state "currently in France.