Many jobs for French engineers, but great difficulties in recruiting 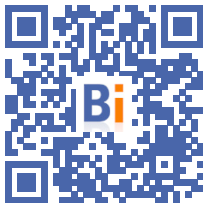 French engineers easily find a job, but companies, conversely, encounter great difficulty in filling their positions, according to the annual survey of the society of engineers and scientists of France IESF conducted among former students of schools of French engineers, and published on Wednesday 14 September.

"Recruitment and mobility have returned to their pre-crisis level. Activity rebounded sharply in 2021 after the 2020 recession linked to the Covid-19 pandemic", indicates the IESF.

The unemployment rate for engineers, 3,2% including young graduates (2,2% otherwise), "is in the lowest levels recorded", according to the survey.

The rebound in activity has resulted in a return of difficulties for recruiters: 20% of recruiters questioned "encountered difficulties in recruiting for all profiles, a level unequaled in the last eight years", only 39% did not did not experience any particular difficulty.

The nature of the difficulties varies according to the profiles sought, specifies the IESF, which cites for example "excessive salary requirements for experts in artificial intelligence or cybersecurity", or a "absence on the market of certain profiles of technical experts". .

"Companies are having trouble recruiting engineers because we don't make enough of them," summed up Marc Rumeau, president of the IESF, during an interview with AFP.

Some 38.000 new engineers present themselves each year on the job market in France, while it would take about 60.000, according to Mr. Rumeau.

The hydrogen sector would lack 5.000 engineers, the air and space sector 10.000, nuclear power, in full recovery, lacks 10.000 engineers and technicians, according to information available to Mr. Rumeau.

Regarding this specific sector, Mr. Rumeau points to the lack of political impetus, echoing the recent remarks of EDF CEO Jean-Bernard Lévy, curtly reframed by President Macron: "It's been 30 years since we the foot on the nuclear brake and very strongly for ten years, so we have not recruited and even less trained in these sectors,” laments Mr. Rumeau.

The phenomenon of lack of engineers is not new, but has increased in recent years, due to several factors, he said.

He notably mentioned the reform of the high school which removed mathematics from the common core from the first class and caused a substantial melting of applications, in particular female, a deletion on which the executive promised to return.

"We are beginning to feel pressure on the pipeline of preparatory classes and therefore of engineering schools," said Mr. Rumeau.

He also deplored the "brain theft", referring to the case of the French hydrogen sector, whose ecosystem is in the Rhône-Alpes region, and whose new graduates "get sucked in", in particular for reasons wages, but not only, by the Swiss neighbour.

More broadly, many young French engineers "will do a double degree", especially in Quebec or the United States and "do not come back", regretted Mr. Rumeau, calling on French industry to "beat its neck" and to offer "attractive jobs".