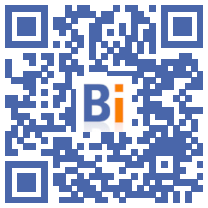 By 2030, 760.000 positions will have to be filled each year, according to a government report published Thursday, March 10, which details the trades with the highest recruitment needs and warns of those who are at risk of lacking manpower.

This prospective exercise, carried out by the statistics department of the Ministry of Labor (Dares) and France Stratégie, a think tank for the Prime Minister, covers 2019-2030 and should have been published in 2020 but it has been reviewed in the light of the Covid crisis.

For the authors, these recruitment needs would be massively (89%) linked to retirements and only 11% fueled by one million additional jobs created between 2019 and 2030, two-thirds of which in services.

The report confirms the continuation of the tertiarization of employment to the benefit of business services, health professions and assistance to vulnerable people.

However, due in particular to the desire to limit industrial dependence, the share of industry would no longer decrease. While 170.000 industrial jobs were destroyed between 2009 and 2019, the report predicts 45.000 additional jobs by 2030. And 20.000 more in the event of acceleration of the ecological transition, which would also strongly benefit construction.

Among the professions with the most vacancies, the report distinguishes three categories.

The first includes trades that would create few or no jobs, with essentially retirements: this is the case of maintenance workers, teachers or vehicle drivers.

The second category groups together "professions where job creation would represent at least a quarter of the positions to be filled": home helpers, caregivers, nurses, midwives, administrative, accounting and financial managers, sales executives, skilled handling workers and maintenance technicians.

The third category is made up of computer engineers and technical engineers and executives from industry. These professions are distinguished by their job creations which would represent "at least half" of the needs. "These are relatively young professions which combine strong employment dynamism and low retirements", according to the report.

If we compare these recruitment needs with the potential pool of young people, the report highlights "potential imbalances" depending on the profession.

They would worsen in some cases due to the low attractiveness of the professions. This is the case, for example, of operators of building and public works machinery.

These imbalances could be reduced "by professional mobility, the reduction of unemployment, the use of the inactive or immigration", underlined Cédric Audenis, deputy general commissioner of France Strategy, during a press briefing.