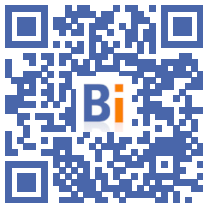 The concept of Hyperloop, which wants to circulate large capsules at very high speed in vacuum tubes, has yet to prove itself before possible commercial exploitation, according to a study published by Leonard, the innovation platform of the Vinci group.

Moving a capsule at very high speed through a tube is not an insurmountable problem, "but doing so while ensuring the safety of passengers in the most unlikely of cases causes a significant increase in costs," says Leonard. There is also a lack of a regulatory framework, especially in Europe.

If the announced construction costs seem reasonable, it will be necessary to provide for numerous works of art, and to build ruinous accesses to reach the heart of the cities. In addition, going very fast imposes curves of very large radius, which further increases the cost of projects.

On the technical level, "the Hyperloop is a concept with a technological maturity level of at most 6 out of 9. The main players offer different solutions and many technical obstacles remain to be lifted", judges Leonard's study.

In particular, problems such as controlling the pressure in the tubes, detecting any obstacles, emergency braking, preventing the seismic risk, adjusting the points or the possibility of evacuating the pipes remain to be resolved. passengers, but also the health risks possibly caused by the exposure of people to magnetic fields.

To date, no full-scale demonstrator has yet achieved the expected performance, i.e. around 1.000 km / h, also notes the study.

"The existence of demand, as much as its sustainability, must be ensured in order to motivate private investors" likely to provide the billions necessary for the construction of Hyperloop lines. However, the context is "unfavorable" with the fall in mobility caused by the Covid-19 pandemic, points out the study.

"Hyperloop could be considered in addition to existing offers, with a lower capacity and higher prices than those of TGV and air transport as we know them to date", for "a premium offer on high demand axes + business + ", she concludes.

Leonard quotes eastern China, the United Arab Emirates, the United States and Canada, adding that "in Europe, this means of transport would only express its potential on a continental scale".

"In addition, the transport of goods is of interest", adds the study.