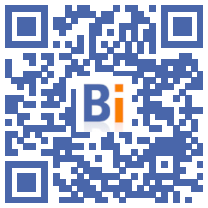 The Deconinck family, majority shareholder of Tarkett, which has joined forces with the investment company Wendel to buy the remainder of the group's capital, announced on Thursday the launch of its simplified public offer (OPAS), in a press release.

Tarkett Participations - a company controlled by the founding family and of which Wendel will hold up to 30% following the transaction - currently holds 55,25% of the capital and 54,58% of the voting rights of the flooring manufacturer .

The majority shareholder had announced at the end of April his intention to buy the remainder of the group's capital and to withdraw it from the Paris Stock Exchange where it is currently listed, to "allow it to continue its transformation and to seize new opportunities".

On Thursday, Tarkett announced the opening the same day of a simplified purchase offer (OPAS) which will close on July 9, at the already known price of 20 euros per share.

Last year, Tarkett had recorded a net loss of 19,1 million euros due to impairment of assets in connection with the health crisis, for a turnover of 2,6 billion euros.

Tarkett, which employs more than 12.000 people and has 33 industrial sites, indicates that it sells 1,3 million square meters of flooring every day, intended for hospitals, schools, housing, hotels, offices or businesses. and sports fields.