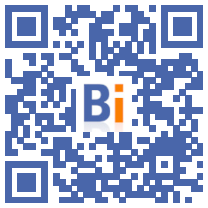 A report on the state of the collapsed building in Florida had noted as early as 2018 "major structural damage", as well as "cracks" in the basement of the building, according to documents released Friday evening by the city of Surfside , where the drama took place.

At least nine people were killed in the pre-dawn collapse Thursday of the twelve-story complex overlooking the ocean, where searches continue day and night for survivors.

This "field survey" was carried out by a firm of experts about three years ago, in October 2018.

"The waterproofing under the edges of the swimming pool and the access route for vehicles, (...) is beyond its service life and must therefore be completely removed and replaced", wrote in this document the consultant Frank Morabito, president of Morabito consultants.

"The faulty waterproofing is causing major structural damage to the structural concrete slab under these areas," he said at the time.

"Failure to replace waterproofing in the near future will cause the extent of concrete deterioration to expand exponentially," he also said, without raising any risk of collapse.

The study includes many photographs, including some in the parking lot of the building.

"Cracks and scales of varying degrees have been observed in the concrete columns, beams, and walls," wrote Frank Morabito. "Although some of the damage is minor, most of the damage needs to be repaired in a timely manner."

Questions about the causes of this extremely rare tragedy have multiplied in recent days, and the investigation will likely last for months.

Attention had so far been particularly focused on a more recent report, dating from 2020, which showed that this building had subsided in the 1990s, at a rate of about 2 millimeters per year between 1993 and 1999.

One of the study's authors, Shimon Wdowinski, a professor at Florida International University (FIU), however, told CNN that he did not know "if the collapse was foreseeable".

This year, the building entered a certification process which must take place every 40 years in this hurricane-prone area. In this context, upgrading work was underway on the roof, but the authorities seem to rule out that these could have caused the tragedy.