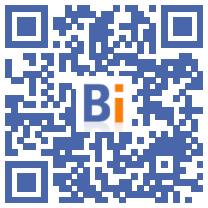 Electricity producer Albioma recorded a slight decrease in turnover of 4% in the first quarter, mainly due to scheduled maintenance shutdowns on thermal power plants, the group said in a statement on Wednesday.

The turnover for the first three months was 126 million euros, against 130,9 million a year earlier.

The maintenances represented 146 days of unit shutdowns during the past quarter against 31 days for the same period of 2020, said Albioma, who explains that part of the maintenance shutdowns had been postponed due to the health crisis.

Conversely, sales benefited from the performance in line with expectations of the Gümüsköy geothermal power plant (Turkey) acquired by the group in January.

In detail, the turnover of the thermal biomass activity in France is down 4% to 110,9 million euros, while the solar activity is stable at 11,4 million euros.

Albioma has confirmed its annual objectives: a net profit of between 53 and 59 million euros (excluding the potential impact of the 2006-2010 photovoltaic tariff revision and new effects of the health crisis) as well as a gross operating surplus ( Ebitda) between 206 and 216 million euros.