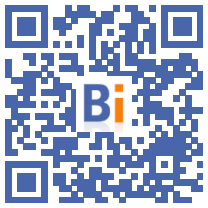 After the Reichstag or the Pont-Neuf, place at the Arc de Triomphe: Emmanuel Macron inaugurated on Thursday the impressive packaging of one of the most emblematic monuments of Paris, posthumous work by the artist Christo, who died in 2020.

"We have a thought for Christo and Jeanne-Claude. They would have been extremely moved (...) because it is the culmination of a 60-year-old dream", declared the Head of State in a speech on the roof of the monument in the presence in particular of the mayor of Paris Anne Hidalgo and the former mayor of New York, Michael Bloomberg.

"It was a crazy dream and you accomplished it, Vladimir (Yavachev, nephew of the artist, editor's note), thank you very much", added the Head of State, who arrived on the scene shortly after 17:00 p.m. with his wife Brigitte.

Mr. Macron praised "a masterpiece" which "costs nothing to taxpayers" and which "contributes to the influence" of the country, thanking "the thousand arms" which made the project possible.

The fruit of several weeks of work, the packaging of this high place of French commemorations required 25.000 m2 of bluish silver recycled fabric, held together by 3.000 meters of red rope. It will last until October 3.

Work supported by the Center Pompidou, approved by the City of Paris and by the Elysée, "+ L'Arc de triomphe, Wrapped +" ("wrapped", note), is the realization of the "dream" of the artist and his wife Jeanne-Claude.

As early as 1962, the couple had signed a photo-montage with the Arc de Triomphe packaged, an idea they had while looking at the monument from their first Parisian apartment, avenue Foch.

"It will be like a living object which will come alive in the wind and reflect the light. The folds will move, the surface of the monument will become sensual. People will want to touch the Arc de Triomphe", he said.

At a cost of 14 million euros, the project is entirely self-financed, without public subsidy, thanks to the sale of original works by Christo, preparatory drawings, souvenirs, models and lithographs.

The monument and its terrace will remain accessible to the public throughout the duration of the project. And the flame of the Unknown Soldier will continue to burn.

Earlier in the day, the Minister of Culture Roselyne Bachelot had estimated that the work was "a great present to Parisians, the French and beyond, to all art lovers".

"I receive this monumental gesture as a call for freedom. The packaging of the Arc de Triomphe introduces gentle metamorphoses into our space for a few days," she continued at a press conference.

"Christo has always said that the most difficult thing is to obtain the administrative authorizations", recalled Vladimir Yavachev, who supervises the project.

For the Arc de Triomphe, authorizations have arrived fairly quickly since 2017, when the project was imagined.

At the press conference, the mayor of Paris and declared presidential candidate recognized that the artist's previous experience with the city of Paris - that of Pont-Neuf in 1985 - had been a decisive element in the choice to pack the Arc de Triomphe.

“When he packed the Pont-Neuf, for me, it was a way of seeing it as an awakening of Paris,” she said, praising an artist “who upset contemporary art”.

The work has been applauded as much as it has sparked controversy. On Saturday, in the daily Le Monde, the architect Carlo Ratti, one of Christo's friends, however called for abandoning "the aesthetics of high-waste packaging".

It is also a "very ecological" project, defended the artist's nephew, arguing that the fabric was completely recycled.