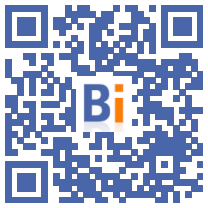 Emmanuel Macron received at the Elysée the some 200 winners of the Best Craftsmen of France (MOF) competition, as is the tradition of this prestigious competition which since 1925 has dedicated the best craftsmen every three or four years.

For its 26th edition, the competition rewarded 197 laureates, including 41 women, a disparity for which the chairman of the MOF committee Christian Forestier apologized by opening the ceremony.

The Head of State then paid a vibrant tribute to "the art of the hand" and wished for a "profound culture change" in families to enhance the manual trades, before recalling his reforms to simplify learning.

He also cited as an example the reconstruction of Notre-Dame. "You will have to get involved in this major project which is, in a way, the symbol in itself of all this fight we are waging, this major project in France which the ministers have launched and which will mobilize many apprentices. There is everywhere in France of the Notre-Dame de France of the daily life that you help build, "he said.

"We often tend to reduce many things, right now in the life of our nation, to what could be counted, measured, quantified, the money we earn, the hours we work, the texts that we make. Our nation existed before all that it was held by the direction and the values ​​which we made together, "continued the head of state, welcoming" those who learn, those who transmit, those who build ".