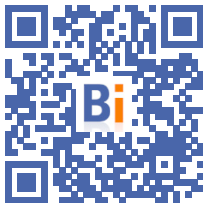 The world number one in luxury LVMH will be able to set up its new research center on the Saclay plateau (Essonne) near the Polytechnique engineering school, despite the protests of several students and former students.

Polytechnique's board of directors validated by 19 votes for, 4 against and one abstention the sale of land near his school to LVMH.

“The strategic partnership must be finalized before the end of the year,” said Eric Labaye, president of the École Polytechnique and the Institut Polytechnique de Paris during a videoconference after the board meeting.

The project, called LVMH Gaia, will eventually bring together 300 researchers on an area of ​​22.500 m³, according to LVMH, which intends to invest more than 100 million euros in the future building.

The research center dedicated to "sustainable and digital luxury" of the group of Bernard Arnault, himself a polytechnician, plans to invest 2 million euros per year for 5 years on research partnerships with Polytechnique, nicknamed l'X.

The land, located within the innovation park of the Institut Polytechnique de Paris (which brings together five schools including the Ecole Polytechnique) belongs to the public development establishment of Paris-Saclay (EPAPS). The plot chosen by LVMH being close to the engineering school, the latter had a veto until 2025.

Since its official announcement this summer, several students and former students of Polytechnique have expressed their opposition to the project, in particular through a collective called "Polytechnique is not for sale!". The latter requests that the LVMH building be built outside the campus and that the land in the northeast area of ​​the campus, including the plot coveted by LVMH, be reallocated for the use of the Institut Polytechnique de Paris.

A column published in Le Monde in early September signed by 73 former students evoked a "deleterious project", which "works on technical problems far removed from the school's research themes: replacement of plastics by more ecological alternatives in perfume packaging , development of more efficient recommendation algorithms to increase the quantity of products sold, etc".

"We know that the students are divided"

The signatories accused Bernard Arnault's group of wanting to "cement artificial respectability on the environmental issue and secure privileged access to students on campus, while the fallout on the school side would be extremely meager, both financially and scientifically. ".

Matthieu Lequesne, spokesperson for "Polytechnique is not for sale!", believes with AFP that four votes against and one abstention in a board of directors "which always votes unanimously" is a strong sign of 'opposition. "The last time there was so much opposition was in 2016," he said. And "this is not the end of the mobilization", he assures, "the users of the campus are in majority against this project".

"We know that the students are divided on this question", recognized Eric Labaye. During the vote, one of the student representatives "voted for and one against".

"These public/private cooperations exist all over the world in major universities", adds the president of Polytechnique, who underlines that "teacher-researchers support" the project.

Nothing certifies, however, that LVMH will acquire the land, according to Matthieu Lequesne. The strategy director of the luxury group, Jean-Baptiste Voisin, cast doubt on Monday in Les Echos.

If the board of directors of Polytechnique does not oppose the purchase of the land by LVMH, "we will have the opportunity to buy it, but it is not said that we will do it. It is not just one location option among many others in the Paris region, and we are studying them all", declared Mr. Voisin, also secretary general of the Polytechnique alumni association.

The project is "completely transposable", according to him, "you take it by helicopter, you drop it off wherever you want".

In January, the TotalEnergies group had given up setting up its new Research and Development center on land also located near the Ecole Polytechnique after the mobilization of teachers and students opposed to the project.