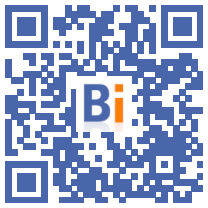 On January 1, 2022, the industry sector for the extraction and transformation of materials from the mineral sector joined the 76 members of France Industrie, whose objective is to promote the fundamental role of industrial companies in France, by engaging actions on priority issues common to the entire industry: competitiveness, employment and training, security of supply, sustainable development and ecological transition, innovation and digital technology, support for French know-how , the attractiveness of territories and European industrial policy.

The quarry and building materials sector is an important industrial sector in France, which brings together many industrialists in charge of the extraction of raw products, their transformations, recycling and recovery of waste from deconstruction. The sector brings together companies of all sizes (VSEs, heritage ETIs and international groups) which operate 7.100 sites spread throughout the territory. The sector represents 40.000 jobs and a turnover of €8,2 billion.

Mineral construction materials are the source of products whose final destination is mainly dedicated to the construction and public works sector (housing, public facilities, civil engineering and infrastructure).

A sector rooted in the regions

UNICEM covers the entire territory to provide its members with a local service and daily support. The regional UNICEMs are responsible for implementing federal policy according to local specificities and for ensuring relations with elected officials, associations and local public or private bodies. They organize and lead information meetings for companies and initiate studies specific to the local context: economic issues, scientific or technical research. They also implement the promotion of trades in the quarry and building materials industry: site visits, participation in fairs, intervention in schools, presence in job forums or participation in the week of the industry, in collaboration with France Industrie, during which each year the sector promotes the sector.

UNICEM is one of the first professional organizations to have adopted, since 1992, an environmental sectoral approach, with the Environmental Charter for Quarrying Industries. Since 2017, the UNICEM Entreprises Engagées association has also offered a sectoral CSR labeling reference system, evaluated by independent third-party organizations, facilitating the commitment of our companies to CSR. To date, around 1.600 sites have taken part in these initiatives. UNICEM members also participate in the search for savings in raw materials by developing sorting, recovery and recycling. Inert building waste from mineral materials has thus benefited, for more than 25 years, from a recovery and treatment sector involving 1.500 sites and allowing up to 76% material recovery. The creation, at the beginning of 2022, of the eco-organisation ECOMINERO, will make it possible to increase this rate to 90% by 2028. Finally, UNICEM is fully committed to the national biodiversity strategy and actively participates in the government's objectives aimed at to optimize the management of water resources.


For Alain Boisselon, President of UNICEM: "UNICEM's membership of France Industrie supports the federation's desire to enhance the fundamental role of the industrial fabric in the territories. With their numerous production sites, our companies contribute to maintaining industrial activity and employment in heart of the territories and they participate fully in the dynamism and attractiveness of the territories."