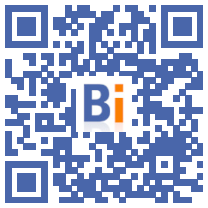 The price of rents in Paris increased less quickly in 2020 with the reintroduction in 2019 of the rent cap and the health crisis, shows the annual report of the benchmark observatory published on Friday.

In Paris, rents have been regulated since 2015. The measure was lifted after a court decision at the end of 2017, before being reintroduced in July 2019.

The law states that when a home is rented out to a new person, the landlord cannot increase the rent above the Benchmark Rent Index (RRI) - which averaged 0,8% in 2020 - unless he has done major work, or if the rent was previously undervalued.

In Paris, the evolution of rents at "relocation", that is to say when a home receives a new tenant, was less important than in previous years: it stood at 2,3%, against 3,4 , 4,1% and XNUMX% the two previous years.

"We can see in this result the moderating effect of the rent control re-applied since July 1, 2019, difficult to isolate however from the effect of the health crisis on the rental market, in particular with smaller rentals students ", comments OLAP.

Among the relocations that led to an increase in rent above the IRL, more than one in two (51%) was not justified by major works in Paris. This is more than in 2019, where the share of increases without legal justification was 42%.