Anniversary of the OQAI: 20 years of actions and progress for better indoor air quality 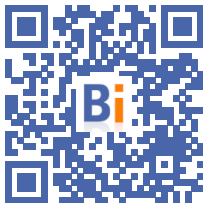 Last December, on the occasion of its 20th anniversary, the Indoor Air Quality Observatory (OQAI) organized a conference dedicated to a major public health challenge: air quality in enclosed spaces.

Over the round tables, mobilizing a large number of French and European actors from the scientific community, the world of health, housing, etc., more than 500 participants were able to discover or deepen their knowledge of the work carried out by the Observatory, since 2001. Thus, for example, the major national campaigns carried out in the various places of life to determine the exposure of populations to indoor air pollution, via an anthropocentric and multidisciplinary approach.

Beyond the actions carried out, this day will also have been an opportunity to understand how the knowledge thus acquired and enriched informs public policies and supports the taking into account of this challenge by construction and real estate stakeholders. The floor was given to various European scientific and public figures, putting this knowledge into perspective with the dynamics observed in neighboring countries, joint research projects and the results obtained.

A look back at 20 years of OQAI actions, through some of the highlights of the conference.

The gaze of Andrée Buchmann, President of the OQAI

In 2001, the ministries in charge of Housing, Ecology and Health, with the support of the Scientific and Technical Center for Building (CSTB) and the Ecological Transition Agency (ADEME), created the OQAI. Its mission: to assess the exposure of populations to indoor air pollution in places of life (housing, schools, office buildings and health and medico-social establishments).

CSTB is then responsible for ensuring the scientific and technical coordination of the Observatory. It mobilizes a team of ten researchers specializing in metrology, statistics and building systems, to design and implement national campaigns and specific projects essential to advance knowledge, with the support of a network of partners. throughout France.

Original governance has also been put in place with a scientific council, a supervisory board bringing together the founders and an advisory committee bringing together economic and associative players, who share their needs and expectations and with whom the results are regularly shared.

Since then, specifies Andrée Buchmann, President of the OQAI, in the introduction to the conference "strong in this organization, the Observatory has quickly established itself as a national and international benchmark". He continued: “In 2001, indoor air quality was not yet perceived and treated as the major health issue it is today. The OQAI has largely contributed to this development. In this, he fully played his role, providing reliable and objective answers to the questions asked by the company. "

Through ambitious measurement campaigns, carried out under real conditions of occupation of living spaces, the Observatory has made it possible to provide a precise overview, at the scale of the country, of the air quality in confined spaces. . These data accompany the assessment of health risks and constitute decision support elements for the definition of public policies.

Several major actions have thus been able to draw on this data and knowledge. For example, the regulatory labeling of construction and decoration products with regard to the emission of Volatile Organic Compounds (VOCs), implemented in 2012, or the publication of the first regulatory limit values ​​for indoor air, for the formaldehyde and benzene, in 2011.

Housing, a determinant of our health

On average, the French spend 67% of their time in their accommodation, a place of life where they generally expect the most comfort. However, indoor air quality is an essential component of health and comfort. This issue is also widely recognized at the international level, as notably underlined by Dr Maria Neira, Director of the Public Health and Environment Department at the WHO, during the round table dedicated to the topic of housing and quality of housing. indoor air.

It was in this context that, in 2003, the OQAI launched the 1st National Housing Campaign, in 567 housing units representative of the metropolitan stock. A second campaign started at the end of 2020, in order to update knowledge, taking into account changes in regulations, lifestyles, the appearance of new pollutants, etc. Indoor air pollution in 600 houses and apartments will be described in this way by the end of 2022. The impact of this pollution on health will also be analyzed.

In connection with energy and environmental transitions, buildings are increasingly efficient. These technical evolutions and improvements can have an impact on indoor air quality.

The study “Energy efficient buildings”, conducted by the OQAI between 2012 and 2018, in 128 occupied dwellings focused on this dual issue. In particular, the concentrations of carbon dioxide (CO2), particles, aldehydes and VOCs, the temperature and the flow rates / pressures at the outlets of the mechanical ventilation systems were measured. The presence of mold was also documented by visual inspection and via the fungal growth index.

Learn in a healthy and comfortable environment

The National Schools Campaign, led by the OQAI between 2013 and 2017, made it possible to draw up an inventory of air pollution and dust deposited on the ground in 600 elementary and kindergarten classrooms, spread over 300 establishments in Metropolitan France.

4 points of vigilance were then underlined:

At the conclusion of this round table, the experts took stock of the challenges of air quality in schools today, in connection with the health crisis and its lessons in the matter: the need for refined data in depending on the region, reinforcement of good ventilation practices, air renewal, choice of materials, monitoring of indoor concentrations via connected sensors, etc.