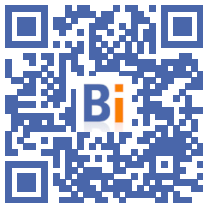 The UN Secretary General has called on political and business leaders to invest much more heavily in clean energy to fight climate change while ensuring access to energy for the poorest. .

"We have a double imperative: to put an end to energy poverty and limit climate change", asserted Antonio Guterres on the occasion of the High Level Dialogue on Energy organized on the sidelines of the United Nations General Assembly. And there is a solution: clean energy.

More than 35 states, organizations and companies such as TotalEnergies, Schneider Electric and Google, detailed their roadmap in this area on Friday, in “Energy Compacts” totaling more than $ 400 billion.

These commitments, most of which are already known, aim both to work on technologies such as hydrogen and to extend access to electricity in emerging countries.

Several of them, such as those in Malawi or Denmark, have made access to non-polluting food cooking processes, other than charcoal, wood or kerosene, a priority.

According to the UN, nearly 760 million people in the world do not have access to electricity and about 2,6 billion do not cook with clean energy.

At the same time, emissions from energy account for 75% of greenhouse gas emissions.

"Last year, the share of renewable energies in world electricity production rose to 29%", recalled Mr. Guterres at the start of this High Level Dialogue, the first dedicated to energy. for 40 years. And "in most countries, solar photovoltaic is now the cheapest source of energy."

But progress is still too slow. By 2025, the number of people without access to electricity should be halved and clean solutions provided to cook for a billion people, the official said.

To decarbonize energies, solar and wind energies should be quadrupled by 2030 and stop building coal-fired power stations this year.

Another objective: to triple investments in renewable energies and energy savings to 5.000 billion dollars per year, for example by using fossil fuel subsidies for renewables.

According to a study released Friday by the International Monetary Fund (IMF), direct and indirect fossil fuel subsidies amounted to $ 5.900 trillion in 2020 globally, or about 6,8% of global GDP.

For economists in the organization, these subsidies "lead to overconsumption of fossil fuels."

We must put in place prices that reflect "fully" the real costs of these fossil fuels, but also environmental costs, recommended Kristalina Georgieva, Managing Director of the IMF.

Raising fuel costs is "obviously very difficult," admitted the official. "But doing nothing is going to pose much bigger problems."

In order not to widen inequalities, investments in clean energies must also be accompanied by training in new jobs in renewable energies and social protection for those affected by the energy transition, underlined Mr. Guterres.

For Jennifer Layke of the NGO World Resources Institute, the presentation of the “Energy Compacts” makes it possible to offer other States and organizations an example on which to build and “engage in collective action”. It also makes it easier for civil society to demand accountability on the progress of projects.

But "to really make a difference for the climate," she told AFP, "we still have a long way to go to achieve the level of transformation needed in terms of energy transition".