The OM asks for a reduction on the rent of the Vélodrome in Marseille, which says it is open to "a conciliation" 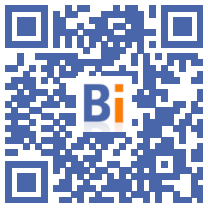 Friday January 7, Benoît Payan, mayor of Marseille, announced that he was open to a “conciliation” with OM concerning a reduction on the rent paid by the football club for the Vélodrome. The club is asking for this discount to compensate for losses linked to the health crisis. Benoît Payan nevertheless affirmed not wanting to pay "in place" of the owner.

"The Olympique de Marseille, like all companies and all clubs, was struck by the health situation" and the club "asks me (...) for a substantial reduction in its rent" declared the mayor of Marseille to the 'occasion of the declaration of his wishes to the press. However, he did not specify the amount of the discount requested for the rent of around 5 million euros per year.

While still a member of the opposition, Benoît Payan (PS) strongly criticized the amount of rent paid by the club, which he considered insufficient. According to a report from the Regional Chamber of Accounts published in November 2020, the theoretical rent that the OM should pay is 8 million euros per year, or 3 million more than currently.

For Benoît Payan, mayor of Marsseille: "I do not want the Marseillais and Marseillaises to take charge of the club's difficulties (...) and pay in place of Mr. Franck McCourt (American billionaire owner of the OM Editor's note) ). "

He specified that he did not wish to provide the same help to “important structures” as to “small structures” that he can and must help according to his words.

Wishing to remain a diplomat, the mayor added that "for all that, there is no one left in the stadium and we are not going to bankrupt everyone", recalling that the Marseille club remains a "partner and main actor" of the city.

"So, I want to make an effort", "I want to find a middle and intelligent way". "We need a conciliation, that each take a step towards the other", he concluded.

Asked by AFP, the direction of the OM did not wish to speak on the subject and simply confirmed "a mediation in progress".