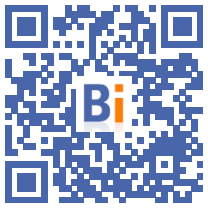 The Organization for Economic Co-operation and Development (OECD) points out the limits of current taxation on housing and calls for certain reforms to improve its efficiency, in a study published Thursday, July 21.

"Countries have considerable leeway to improve the design and operation of property taxes," notes Pascal Saint-Amans, director of the OECD's Center for Tax Policy and Administration, quoted in a communicated.

According to this study, "the efficiency, equity and revenue potential of real estate taxes are often limited by the way these taxes are designed".

However, this considerably weakens the potential for raising revenues, since they "have not increased at the same rate as the value of real estate", says the OECD, citing however reforms going in the right direction in Ireland and the Denmark.

The study also looks at the frequent absence of taxation of capital gains on the sale of the principal residence. This "may be justified in some respects, but the fact remains that uncapped exemptions provide significantly greater benefits to the wealthiest households", says the OECD.

A cap on exemptions would have the advantage of strengthening progressivity and mitigating some of the upward pressure on house prices, while continuing to exempt capital gains realized on the sale of the principal residence. for the majority of households, estimates the Paris-based organization.

Incentives for the energy renovation of buildings - a key element of the ecological transition - "could be better targeted in order to ensure that they reach low-income households", underlines the OECD.

On the taxation of inheritances, the organization recognizes that the subject is politically sensitive, "because people have an emotional connection with their housing and wish to pass it on to their heirs without being burdened by tax". However, it recommends "avoiding exemptions that concentrate profits in the wealthiest households".

To prevent inheritance tax from putting households in difficulty on the death of a loved one, it recommends spreading out and staggering their payment over time.

The issue of property taxation is made all the more topical as, according to the institution, high-income, high-income and older households hold a disproportionate share of property wealth.