Living on the shores of the American Great Lakes, a dream threatened by the climate crisis 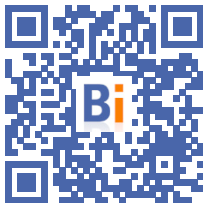 In the fall of 2019, Eric Brandt was awakened one night by the creaking of steel rods in a cement wall. The 69-year-old former miner, now a writer, woke up to the crash of the second big storm he experienced in four years, crashing into his apartment building on the shore of Lake Michigan, south of Chicago (Illinois).

This time, waves crashed into a cement wall until it shattered in half, and the water washed away a beach not far from the 11-story building.

"They spoke of a storm such that you only see it every 50 years, but it was the second in two years," he recalls, standing on the new coastline made up of huge rocks. placed there by the body of engineers of the United States Army to slow down the erosion, which has dramatically worsened in the Great Lakes in a decade.

The region's five lakes, which represent more than 20% of the world's fresh water, have always seen their levels rise or fall over time. But global warming has amplified the phenomenon, making it more extreme, according to Drew Gronewold, a hydrologist at the University of Michigan.

Precipitation raises the level while evaporation lowers it, he explains.

"It's now compared to a tug of war game. If both teams are as strong as each other, the rope doesn't move. But if both get stronger and one slips, the rope moves much faster than it would otherwise. "

The shore of Lake Michigan, the third largest of the Great Lakes, alternates between dunes, rocks, sandy beaches and swampy areas, with large towns in the American Midwest and small tourist towns.

"It is important to realize that they (the Great Lakes, note) are all connected. If the level of a lake rises, it is probably the case for all", explains Mr. Gronewold.

In 2014, the lakes were at an all-time low, causing concern among shipping companies.

But lake levels then skyrocketed, threatening buildings and beaches for the past two years.

Then the level has dropped slightly since last year, but the flood remains "considerable, greater than anything we have seen in 100 years," said Tomas Hook, professor of forest management and natural resources at the Purdue University.

The 2019 storm hit the Chicago coastline "like the wrath of God," recalls Todd Rosenthal, a 56-year-old stage designer who has lived on the shore for 20 years. The wind had then tossed blocks of cement serving as barriers and the water had infiltrated through the walls and windows of his apartment.

He and several neighbors have therefore invested in anti-hurricane doors and shutters, the price to pay according to him to live in front of the lake.

"You can never predict. It happened that the lake was calm and crystal clear, then it was covered in waves and foam five minutes later," says Todd Rosenthal.

"Some have moved because they could no longer bear the constant hammering" of the surf, he says.

This may well be the case with Jera Slaugther, who has lived in the same building as Mr Brandt for 44 years.

This 71-year-old retiree, ex-employee of a railway company, fears that her small budget will soon be insufficient in the face of the onslaught of the lake.

“We love this building but at some point we won't be able to afford to live there anymore,” she says.

Since 2019, residents of this 70-apartment tower have had to shell out $ 450.000 in repairs, leaving little savings for routine expenses or prevention operations.

"We are advising as we go along because it is impossible to know what this year has in store for us," she said.

And the outlook is hardly reassuring, according to Aaron Packman, director of the Water Research Center at Northwestern University in Illinois.

“One of the problems, especially with Lake Michigan, is that you are seeing the effects of climate change, with more intense storms, more flooding. There is a lot of uncertainty as to what will happen. of the Great Lakes, ”he said.

"The future is going to be different and to some extent worse. We can, and must, change the way we respond to it to be much more effective than we have been in the past."