Limited takeover in the public works sector, according to their federation 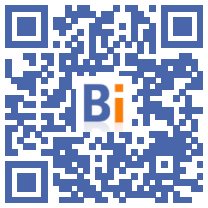 Public works groups recovered in 2021 without returning to their pre-crisis level and concerns persist because of recruitment problems, price increases and tensions on materials, according to their federation.

The sector should observe an increase in its activity of about 10% compared to the year 2020, the president of the National Federation of Public Works (FNTP) Bruno Cavagné told journalists on Wednesday.

But the "rather low" volume of calls for tenders will not allow it to return to the level of 2019 (-4% expected). "Entrepreneurs are rather confident for 2022", tempers Mr. Cavagné, even if the federation would like an extension of the repayment period of loans guaranteed by the State (PGE) from 6 to 10 years ideally in order to leave them to breathe.

Between January and October, the number of public tenders was 20% lower than the average for the three years preceding the crisis, at 33.339 against nearly 42.000 on average previously. With a drop of nearly 30% at the level of municipalities, which represent more than 40% of the volume of calls, according to data from the federation.

Like many other sectors, public works are severely affected by the tensions on the prices of raw materials with a lack of visibility and sometimes, according to Mr. Cavagné, "windfall effects" on the side of suppliers, in the face of entrepreneurs, especially the smaller ones, who have "very little room for maneuver".

Labor shortages, already significant before the crisis with 200.000 jobs to be filled over five years, have increased with the Covid-19 and nearly 40% of companies questioned by the federation say they cannot observe a growth in their "lack of personnel" activity.

If the ecological transition represents an "opportunity" for the sector according to Mr. Cavagné, with a target of 40% reduction in emissions by 2030 by acting both on the energy side and that of the materials, the heavy lifting remains to be done and the need for training of companies but also of communities is "colossal".