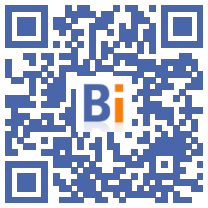 The Libyan authorities are struggling to contain the anarchic urbanization that flourished in the chaos following the fall of the old regime in 2011. With the political thinning underway, they are trying to get things back in hand.

Libya is today "unable to keep pace" with its rampant and anarchic urbanization, concedes to AFP the Minister of Housing and Construction of the interim government, Aboubakr al-Ghawi.

In Benghazi (east), the built area has doubled since 2009, from 32.000 to 64.000 hectares, according to the director of the city's Projects Office, Osama Al-Kazza. And half of the country's second city was built "outside of the master plan," he says.

1.000 km to the west, in the capital Tripoli, entire neighborhoods have also emerged without any authorization.

As Libya begins to regain a semblance of stability, the Ministry of Housing is preparing to accelerate the completion of the "third phase of urban plans, in collaboration with local and international consultancies to review the plans random events developed over the past decade, "says al-Ghawi.

The first town plan was adopted in 1966, the second in 1980 and the last in 2009. But it was never implemented due to chaos and instability.

Unbeknownst to the authorities, thousands of hectares of farmland on the outskirts of Benghazi have been divided into plots of 500 square meters, sold for housing, without planning or development.

Local authorities are struggling to contain the phenomenon and to redevelop the areas damaged by the war, which favors the creation of entire unauthorized neighborhoods where displaced families have settled since 2014.

Several suburbs of the city were completely destroyed during the violent fighting carried out in recent years to drive out the jihadist groups who took refuge there after 2011.

Their inhabitants had to find solutions urgently, not always in accordance with the rules, so as not to end up on the streets.

"We left our homes in the city center because of the war," said Jallal al-Gotrani, a 48-year-old civil servant who built a house in a new neighborhood in this eastern city, the birthplace of the 2011 uprising.

"At the end of the fighting, we found our houses destroyed, uninhabitable. We were no longer able to pay the rent, so we were forced to build a small house in an area created by residents randomly, in the absence of a new state plan or aid to rehabilitate the destroyed sectors, "he says.

According to Mr. al-Kazza, more than 50.000 housing units fall outside the general city plan and do not meet planning standards for roads, green spaces, schools or health centers, but especially water and sewer networks.

The Municipal Guard is trying to contain the phenomenon. "Stop construction and contact the direction" of the urban plan, can we read in red letters on fences of unauthorized construction sites in Benghazi.

The head of the town planning department, Abdulhakim Amer, calls for going beyond the "administrative bureaucracy" to thwart this urbanization which is spiraling out of control.

In Tripoli, housing needs are particularly acute. Clashes around the capital last year and bloody violence in the east have put pressure on the country's largest city, which has seen an influx of tens of thousands of war-affected families, causing a combined housing crisis at soaring prices.

In recent weeks, the local authorities have been waging a major campaign against the unlicensed constructions that grew in the capital during the period of post-revolt chaos, especially along the corniche where dozens of cafes, fast food restaurants and homes flourished. .

Dozens of businesses but also unauthorized housing have been razed. A recovery which is not without consequences for the occupants, summoned to empty the premises without notice and without offering them alternatives.