LGV Bordeaux-Toulouse: first meeting of the supervisory board 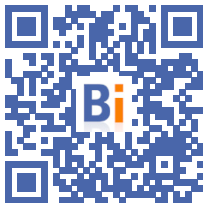 The high-speed line project (LGV) between Bordeaux and Toulouse, planned by 2032 for an estimated cost of 14,3 billion euros, took a new step on Monday with the installation of its supervisory board, a announced the prefecture of Occitania.

This Grand Sud-Ouest project (GPSO) aims to connect Toulouse to Paris in three hours and to Bordeaux in one hour, a gain of one hour on each journey, as well as twenty minutes to Dax.

The GPSO company's supervisory board brings together the 25 local authorities in Occitania and New Aquitaine that participate in the financing, as well as the SNCF.

The GPSO represents "327 km of new lines, including the developments south of Bordeaux and north of Toulouse", said Etienne Guyot, prefect of Occitanie and project coordinator, during a press conference in Toulouse.

The SNCF "project owner presented the construction schedule with (...) an objective of commissioning in 2032", he added, announcing a start of development work in 2023.

The PS president of the Occitanie regional council, Carole Delga, was elected head of the supervisory board, following which the first meeting of the project's steering committee was held.

She stressed that the GPSO aims to "allow an international connection, but also the development of daily trains" in Occitania, impossible according to her in the state of the existing structures, saturated or in the process of being.

She also undertook to make sure to "save time compared to the first schedule presented" for commissioning rather in "2030-2031".

Alain Rousset, PS president of the Nouvelle-Aquitaine region, argued that the LGV is a "popular success" which not only serves Paris, but has "a massive and ecological carry over" to daily transport and invoked the need to a 2nd railway line for freight.

The GPSO is 40% financed by the State, 40% by local authorities in Occitania and New Aquitaine, and 20% by the European Union.

At the end of June, the European Commission refused funding for technical studies for development south of Bordeaux, ie 17,3 million euros out of the 2,8 billion European funds expected.

"This announcement by the European Union of June 29, 2022 in no way prejudges subsequent calls for projects", declared Mr. Guyot on Monday, stressing that the EU prefers to support "projects already in the works phase" and "has already financed 39,2 million from the GPSO on the railway facilities north of Toulouse, south of Bordeaux".

For opponents of the LGV, however, such as Pierre Hurmic, EELV mayor of Bordeaux, "there is still time (...) to prepare an alternative application" with the modernization of existing lines, before the next call for subsidies scheduled for September.