The State and EDF launch the "France Nucléaire" investment fund 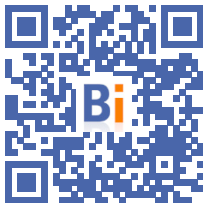 The State and EDF announced on Thursday the launch of the "Fonds France Nucléaire" investment fund, intended to support SMEs and mid-size companies in the sector, and have contributed 50 million euros each in a first time.

The creation of this fund was planned as part of the France Relance plan intended to revitalize the French economy after the crisis linked to the Covid-19 pandemic. This plan provided for a global envelope of 470 million euros for the French nuclear industry.

In separate press releases, the government and EDF announced the launch of the "France nuclear fund" with an equal subscription. This "for an amount of 50 million euros each and with a target of a total investment of 200 million euros by 2023", details EDF.

The fund "aims to make investments intended to support the growth of SMEs and mid-caps in the nuclear industry", specifies EDF.

An independent management company (Sigefi Private Equity) has been chosen and it will give priority to "investments in French companies with significant know-how for the national nuclear industry".

The government has also announced 61 new winning projects of the nuclear component of the France Relance plan, including 43 relating to the modernization of industrial facilities and innovation and 18 in the area of ​​skills and vocational training.

"In total, 95 projects in the nuclear sector are now supported by France Relance to the tune of 110,5 million euros, for a total investment for the industry of nearly 366 million euros" , underlines the government.

Nuclear power also benefits from an envelope in the "France 2030" plan recently announced by President Emmanuel Macron. It provides for an investment of one billion euros in nuclear energy by 2030 to develop "disruptive technologies", in particular small reactors (called SMRs).