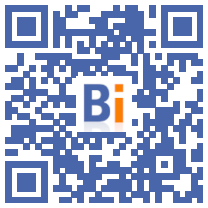 The Council of State looked carefully Thursday on the appeals against the reform of unemployment insurance filed by the unions, who pleaded "serious and immediate effects" to obtain his suspension, at a hearing where the government often found himself on the defensive against the judge.

At the end of the hearing of more than three hours, the summary judge did not set a date on the decision, expected at the end of next week. If the Council of State decides to suspend the reform, its entry into force scheduled for July 1 would again be postponed, a first victory for the unions. The body should at the same time examine the appeals on the merits, but this could take several months.

In the hushed atmosphere of the Council of State, the lawyers pleaded "the urgency" of the suspension of the decree of March 30 which reforms the method of calculating the daily reference wage (SJR), the basis of the allowance.

This will penalize job seekers alternating unemployment and activity, "the permittents" but the government affirms that the new calculation, coupled with the introduction of a bonus-malus on unemployment contributions in certain sectors, will encourage the fight against abusive use of short contracts.

Lawyers for FO and Unsa pleaded the urgency as "obvious" because "it does not seem conceivable that a decision on the merits be made before the end of the summer". However, the Council of State is reluctant to question provisions already in force, because this would create recalculations.

"We know how to reconstruct situations", replied the representative of the Ministry of Labor, contesting a suspension because "there is an interest in not maintaining the uncertainty" on "a reform announced for several months".

On the merits, the lawyers disputed that "the objective of general interest of the government" - to reduce the number of short contracts -, can be reached.

"The employers are not in a position to provide long contracts during this period, it is a first fantasy. Second fantasy, the short contract is a choice of the employees, it is at the margin", for the lawyer of the CFDT.

On the defensive, the Ministry of Labor was questioned on several occasions by the judge on the "realistic" possibility of fighting against precarious contracts at the end of the crisis, in sectors which function structurally with short contracts such as tour guides. The "decoupling" between the entry into force of the new calculation method and the bonus-malus on the contributions of certain employers in September 2022 has also been the subject of debate.

"Trial of intent and inaccuracies. There is no decoupling. The observation period for companies also starts on July 1," replied the representative of the ministry, for whom "there is on the contrary an interest in fighting against permittence at the end of the crisis ".

The executive also defends an "equity issue", the current system being more favorable to those who alternate short contracts and inactivity than to those who work continuously.

According to the joint body, up to 1,15 million people who will open rights in the year following July 1 would receive a lower monthly allowance (17% on average) with at the same time a "theoretical duration of compensation "extended (14 months on average against 11 before the reform).

"We have a divergence of analysis with Unédic", did not hide the Ministry of Labor. Here again, the judge said she was "dubious" about the government's responses.

The Council of State had annulled a first decree in November, considering that the reform could create a "disproportionate difference in treatment" between two job seekers who worked the same duration but at a different pace.

The government has therefore revised its copy by capping the days not worked taken into account, which limits the reduction in the allowance.

And he also wrote an amending decree, published Wednesday in the Official Journal, to correct "unwanted effects" to the detriment of people who have experienced periods of unusual pay (partial activity, maternity leave, illness ...).

So many "patches", in the eyes of union lawyers.