The sun of Gard reinforces the decarbonization of Parisian airports 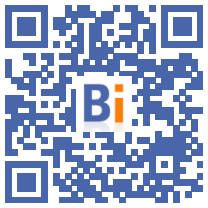 Solar panels in the garrigue to reduce the carbon footprint of Roissy, Orly and Le Bourget: the airport manager Groupe ADP inaugurated Thursday, November 17 in the Gard its first photovoltaic park.

This installation located in Caveirac, in the west of the Nîmes agglomeration, marks the first achievement of a contract signed in 2020 between ADP, the energy company GazelEnergies and the manufacturer Urbasolar to supply 47 gigawatt hours (GWh) of energy per year at Ile-de-France airport platforms, i.e. 10% of their current consumption.

Concretely, the electricity produced in the Gard will be injected into the national grid, and the equivalent made available to ADP in the Paris region.

Two other solar power plants, in the Var and in Charente, must be put online by 2024. That of Caveirac houses 5 hectares of panels, according to Urbasolar.

"We hope that within ten years we will be able to have between 30 and 40% of the consumption of our airports which will be (obtained) thanks to renewable energies", declared the CEO of Groupe ADP, Augustin de Romanet, by inaugurating this park, partly built on a former waste collection centre, in the middle of pines and scrubland.

The consumption of Paris airports is destined to double at the same time, due to the electrification of many vehicles and ground equipment, in particular aircraft air conditioning systems: they will eventually replace the auxiliary engines on board, which operate on kerosene.

The contract between ADP, GazelEnergies and Urbasolar was concluded before the energy market was disrupted by the consequences of Russia's invasion of Ukraine, leading to a dizzying rise in prices.

"Today, we have the double benefit of decarbonizing our energy supply" and saving money for the group, added Mr. de Romanet, while negotiations are underway with other energy companies to develop this device. direct purchase.

ADP is aiming for net zero emissions in 2030 at Orly and in 2035 at Roissy, for its "internal emissions", therefore not including those of aircraft, by far the main source of CO2 in air transport.

This represents some 3% of global emissions but is singled out by environmentalists because only a small minority of the world's population uses it.

The sector has pledged to achieve "net zero emissions" by 2050, but the companies do not envisage a decline in passenger traffic or even a moderation in its growth, citing 10 billion annual passengers in mid-century compared to 4,5 billion in 2019.